The Path To Outbreak Prime – The Most Bonkers Quest

Since Rise of Iron was announced, we knew there would be an exotic pulse rifle, but until this week, we had no idea how it was obtained. After watching a video by YouTuber Datto, posted on Wednesday, the path to the gun became clear.

Yesterday, Matt Miller of Game Informer chronicled his quest to getting his very own Outbreak Prime, and I encourage you to read that if you are so inclined. Because Datto’s video and Miller’s article are already out there, I will not be focusing on specifics of the quest, rather the over the top fashion in which this quest is even obtained. 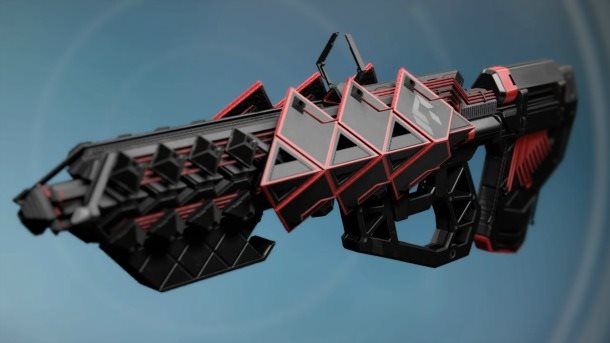 This is the Outbreak Prime.

To me, it looks like a Sleeper Simulant (the exotic heavy), tinged red.

And, as much as I love Destiny and all the unique weaponry, I’m not sure it’s worth the trouble of getting it.

For me, at any rate. 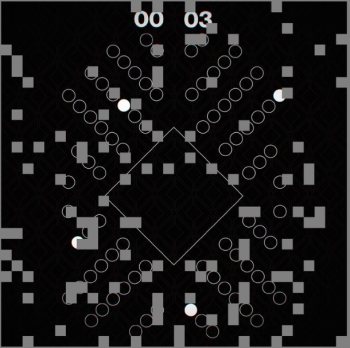 For people who had gotten far enough in the raid, they recognized it as the “diamond room” and immediately set about trying to figure out its secrets.

Without going into too much detail (too late!), the answer to this long riddle involved four secret (and incredibly hard to find) monitors that had to be activated, two other monitors that gave out codes in binary (seriously!) that had to be translated to positions in the diamond room, and four other people to stand on those coordinates in the proper order.

Did I mention all this takes place within the raid? After all is said and done, the raid has to be beaten not once but twice. But I digress.

Once those four people activated the columns they were standing on, the “diamond” in the center opened to reveal yet another monitor.

Fast forward to completing the raid and finally getting (that’s right, all this to get the quest in the first place!) the Outbreak Prime quest in a particular chest finally unlocked by all those monitors.

Then comes the joy of completing that exotic quest.

I won’t go into the excruciating details, but it involves a lot of busy work as well as some mathematical puzzles and that you must complete certain sequences with a fireteam of three: one warlock, one titan, and one hunter.

There is so much more complexity to the puzzle that I haven’t even gone into, but this taste hopefully gives you a good idea of its scope and difficulty.

I love the things that are difficult to get in Destiny. I adored my Thorn in year one, and I did the Dust Palace strike no less than 60 times in my efforts to get the Solar Flayer mantle (which I finally did, one glorious day, many, many months ago). I wanted those things and I found ways to get them (even when they were tedious paths).

But this quest, this path to the quest, may be too excessive, even for me.

It was hard enough putting six of us together to create a regular raid team, and we aren’t even all leveled up enough to complete it yet (we did finish the first boss, but couldn’t quite get the second defeated). I don’t know how we will coordinate enough to not only complete the raid, but to find all those monitors and get back to the diamond room to complete the binary puzzle. It seems like so much more trouble than one weapon is worth.

Especially when I’ve heard a particular YouTuber (who I quite like) proclaim he’s not even sure it is worth using up your exotic slot for (you can only have one exotic weapon equipped at a time). He likens it to the Hawksaw, a pulse rifle I already have and like. The one difference is a particular perk on the Outbreak called The Corruption Spreads:

Enemies who take repeated hits from this weapon spawn SIVA nanites that attack other enemies. Fallen take extra damage from these nanites.

For crowds, I can see it being highly effective. Especially for the raid.

Again, I don’t know when, or if, I would be willing to put in the time to obtain this weapon. I do love that Bungie just went for it, though. This level of puzzle solving is intense and fantastic.

Well played, Bungie. And well played to the community that sussed the solution out.

If you play Destiny, are you going to try to get the Outbreak Prime? Do you know anyone who has it already?

Have an excellent Friday, folks. What will you be playing this weekend?