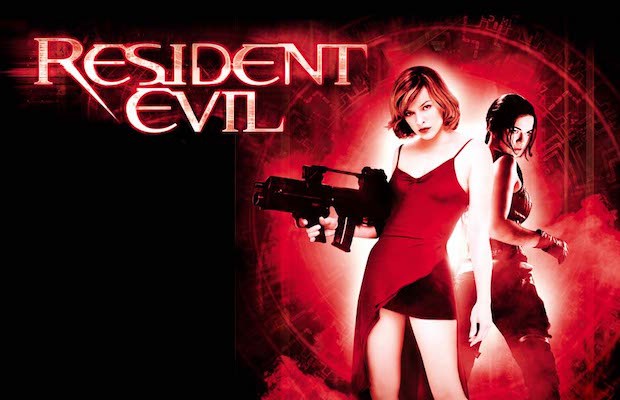 As current as I am on gaming news, there have been huge periods of my life where I was the furthest thing from knowledgeable. I have a span of years that I refer to as my “gaming dark days.” Basically, everything from the Super Nintendo to the GameCube, I wasn’t privy to. I never had an N64, I never had a PlayStation, and I certainly never had a Sega. When I finally got a PS2, it was well into the PS3 era, and I ended up getting a PS3 not terribly long after. I try to make up for lost time, but there are still huge gaps in my knowledge.

As someone who writes about games, that can be a somewhat shameful thing. I try to do my research and fill out the gaps, but some things from that time still amuse me.

From 2000 to early 2005 I lived in Germany. It was darn near impossible during that time to see films in the theatre, so I ended up with a lot of DVDs for films I didn’t know much about. One of those was for the first Resident Evil. I liked it well enough, and ended up watching a few of the sequels as they came out (the third one I caught in the theatre, but I gave up after that). I thought it was an intriguing premise…but I didn’t know it was based on a video game until much later. When I finally plunked down and played the first Resident Evil some years back, I knew much of the story and plot points, but I was somehow disappointed that certain things from the movie weren’t in the game. Which seems strange to say.

I felt a little silly, really. Even admitting this makes me digitally blush a little. I feel like I should have known better, even though I just wasn’t gaming at the time.

When I moved back to the states in 2005, I made up for lost time and went to the cinema quite often. Every Friday, if there was a new horror movie coming out, I would go see a matinee of it by myself. It was my thing and I always had such a good time. I lived alone at the time and, if I didn’t have plans on any given Friday night (and no new horror movie was releasing), I’d hit up the video store (remember when those were a thing?) and rent a couple of horror movies to watch solo.

So, still doing this in 2006, I found myself watching the Silent Hill movie in the theatre. I really liked it.

But I had no idea it was based on a video game.

Shortly after I moved back stateside, I ended up with a GameCube and an Xbox. I was only then (in late 2005) that I slowly started to work my way back to gaming. As it was, I barely played anything on either system for quite some time.

Back to Silent Hill.

I loved the atmosphere of the movie, and I thought it was twisted and fascinating. When I found out later it was based on a game, I was determined to find it and play it.

I’ve only made good on half that plan.

Well, to be fair, I started the game but, because I had no frame of reference for games of that era, I struggled with the controls. But I figure if I could make it through the tank control madness of the original Resident Evil, then I can probably make it through Silent Hill, however slowly.

It’s funny that I’ve kept this information to myself for so long, simply because I’ve been embarrassed to admit that the gap in my gaming knowledge is as wide as it is. Though it does make me feel a bit like a video game archeologist when I go back and read up on older games.

Are there any gaps in your gaming knowledge? Has anything silly resulted because of it? I’d love to hear about it.

Have a good weekend and be safe out there. Cheers, friends.