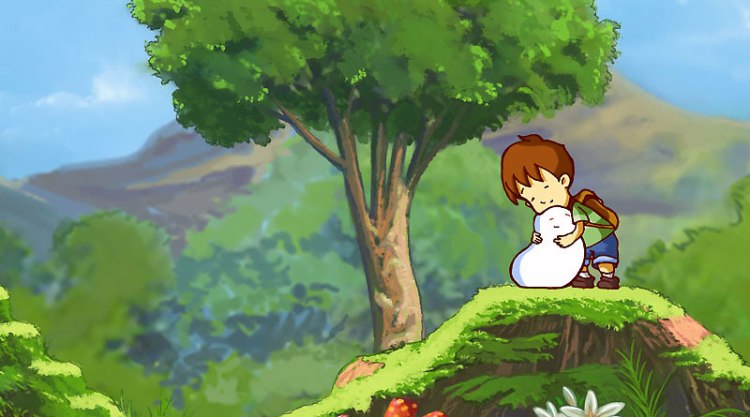 During the past week or so, I’ve touched on the fact that I’ve had difficulty focusing on, well, anything really. I haven’t been in the mood to play games much, and I’ve found writing to be more difficult than usual.

I recall when most of my gaming was a solitary endeavor. It was still enjoyable, just a different shade of it. Now, I find myself, more often than not, gaming with others, and it’s been a whole rainbow of experiences, running the gamut from negative to absurdly wonderful.

I’ve also been hearing from people I know that video games have been there for them in some dire circumstances, and that, in one particular case, they credit video games with saving their life.

I think that’s not only beautiful, but remarkable.

Video games can be powerful in so many ways.

And it’s not just the games that are inclusive; they also have a unique and powerful way of bringing people together.

I mean, sure, you can watch a movie with someone or read a book at the same time as someone, but that’s not quite the same as working together towards a common goal in a digital endeavor.

This isn’t to say I’ve come across people who think a gamer has to be a particular way to be a “real gamer.” But I think that’s garbage. If someone plays games, no matter the method, they are a gamer. It’s a group I think anyone should be welcome in.

In my case, this past week, the few times I have played anything it’s been to play with someone else to talk. My brother and I booted up Borderlands via the Handsome Collection to do something while we talked about the ongoing medical situation with our dad. It’s been nice to have common goals to work towards while discussing what can only be described as a difficult topic.

A good friend (and frequent co-op partner) has been an amazing sounding board since this whole thing with my dad started. We often play Destiny together (among other games), and it has been nice to jump in for regular weekly tasks while occasionally discussing heavy topics. Something about having another thing to focus on and tasks to complete makes the thoughts seem easier to process.

I haven’t actually been playing much of anything solo. I just haven’t had the gumption to start in on anything. I’ve been terribly unproductive, and I’m not sure exactly why.

It’s bugging the crap out of me.

Honestly, even as I sit here to write this, I feel like my brain is flapping around in every direction other than at my computer screen.

But I’m ever so grateful for the ways in which video games have connected me with others over the past week specifically, and my life in general.

The more I get to know other gamers, and the more I hear about their connections to gaming, I feel privileged to know them and to be a fellow gamer.

This piece ended up in a very different place than it started, but I suppose I will have to just let that be. This is my brain right now, for better or worse. But I’ve always felt strongly about the positive aspect of games and the people who play them. I suppose this is my scattered ode to them.

I wish you a safe weekend friends. I’m glad you’re here and that I get to connect with you.