Do you hear that massive sucking sound? That’s the whoosh of my time getting hooved right back in to the MMO vacuum that is Destiny.

And I don’t feel bad about it; I quite enjoy Destiny, and I can’t wait for The Taken King expansion to drop on Tuesday. I’ve been catching up my characters this week, and I have to say, Bungie has implemented all welcome changes so far.

Allow me to say, I never understood the dissent over the Dinklebot. I thought Peter Dinklage’s voice acting was perfect for the character of the Ghost. I understand “haters gonna hate” but I just never understood the issue. So when I found out a couple of weeks ago that Bungie was replacing all the Ghost’s voice acting with Nolan North (an incredibly talented man, no question) reading the same lines, it felt odd.

Bungie said it came down to “Hollywood stuff” but one has to question what that really means. Bungie has certainly been receptive to their massive audience, and it seems odd that the choice to make the change was simply due to Peter Dinklage’s busy schedule. I mean, they landed him in the first place. How his consistently busy schedule is now an issue seems…convenient.

But as the massive update was downloading on Tuesday, I tried to keep an open mind. Nolan North does great work, and I had no doubt he would bring his talent to the table.

So imagine my surprise when I first heard the “new” Ghost speak; I cringed. Not simply because it was different, but because I found it cringe-worthy. I understand a large part of the sound has to do with the direction he was given and the audio treatment of his voice, but I was immediately not a fan.

He sounds like a C-3PO one-off. Except less British.

I’d rather he were more British. 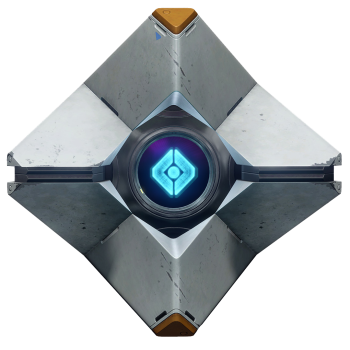 I continue to try to adapt to it, but I find the more I hear it, the less I like North’s version of the Ghost. I am not alone in this, as everyone I have played with since the update has had similar feelings. I suppose I just don’t understand why Bungie would change such an integral part of the game. I know this will sound extreme, but I actually wish I could just disable the voice completely at this juncture.

I recently read a quote online that said, “Nerds hate change real bad.” Perhaps this means I am a nerd.

I’m okay with that.

In this case, I’m not resistant to change, rather I’m resistant to a weird and arbitrary change that didn’t pan out for the better (in my opinion). Alas, my voice is just one in a sea of voices, and the change isn’t nearly enough to keep me away from the game. I just don’t prefer it.

Dinklebot, I will miss you. I will miss your stoic and solid voice in my Guardian’s ears. The game won’t be quite the same without you. I hope your Ghosty spirit is wild and free somewhere void of haters.

You were better than you were given credit for. May you rest.

Gosh, I’m going to miss you.