I love Kickstarter and what it allows developers to do. Some amazing games have come out of the process, and I have a feeling Perception is another future success story.

Perception, developed by The Deep End Games, is a survival horror game…with a twist. You play as a protagonist (Cassie) who is blind and must navigate her dangerous surroundings by sound.

You’re basically a human bat. And I like bats. So this already has me hooked.

The game, as described on their Kickstarter page:

Perception is a first-person narrative horror adventure that tells the story of Cassie, a blind heroine who uses her extraordinary hearing and razor-sharp wits to unravel the mysteries of an abandoned estate that haunts her dreams.

After months of research, she discovers an abandoned mansion in Gloucester, MA. Once there, Cassie finds that Echo Bluff is worse than her nightmares. A ghastly Presence has tormented its inhabitants over generations, and it now hunts Cassie. She must solve the estate’s mysteries or become one of its victims.

It is in how Cassie deals with the Presence that I find most intriguing:

While Cassie doesn’t have an arsenal of weapons, she does have her wit, her cane and her smart phone. Armed with these tools, she finds clues to unravel history as she navigates her way through the home via echolocation. But the house and its deadly Presence go to great lengths to prevent her from deciphering its secrets.

And yet, they won’t let her leave either. Surviving this deadly game of cat and mouse with the Presence is especially perilous when your only way of seeing is by means of sound, and so you must carefully weigh the risk of making too much noise against the possibility of being discovered by the terrifying Presence.

Once spotted, your only hope is to run, hide, and pray that it doesn’t find you. Cassie uses ambient sounds of the house as well, such as taking advantage of when the grandfather clock rings, or when a loud pipe whistles. She can throw objects and use items like alarms to create “sound bombs” to distract her enemies.

Cassie uses her smartphone to examine evidence left behind. And as she puts the pieces together, she’ll find herself jumping back in time.

Perception takes place over many different eras. You get to see the house retreat back to its origins and witness it evolve over time. Through the decades and as it changed hands across generations, the house and its inhabitants change significantly.

Architecture and décor evolve, entire wings and buildings come and go and alter your relationship with the space. Once you’ve discovered the source of evil in each generation, it’s your job to right the wrong.

With each chapter, there are new questions that need answering.  And you’ll need to keep on your toes for new threats.

(Please note, all sections in italics have been taken directly from the game’s Kickstarter page) 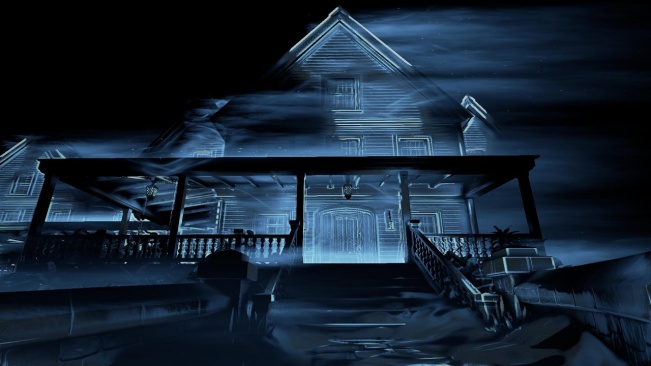 The Deep End Games is comprised of industry veterans who have worked on games such as BioShock, BioShock Infinite, and Dead Space. With a pedigree like that, it’s easy to have confidence that Perception is in good hands.

As of the time of this writing, Perception has raised just under $100,000 of their $150,000 goal with 14 days to go. Beyond that goal, they have some ambitious stretch goals, one of the highest including a release on PS4.

For more information, have a look at the Perception trailer, or head on over to their Kickstarter page for the full rundown.