Wander Gets A Release Date! 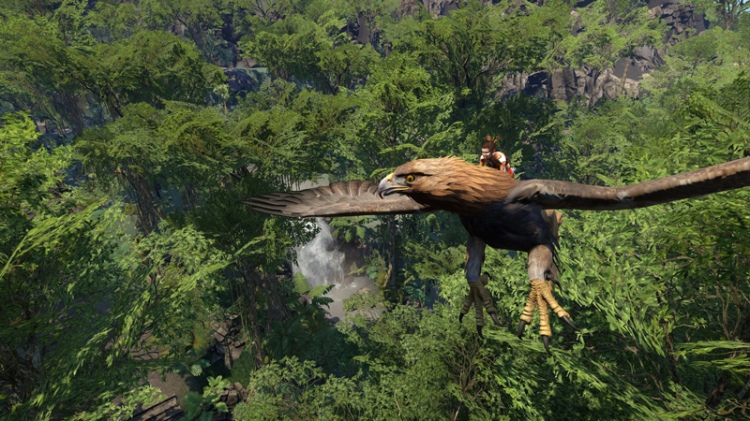 Back in February, I wrote about an indie game called Wander, a non-combative MMO (developed by Wander MMO) coming to Steam and PS4. When a game asks, “Have you ever wondered what sort of secrets are hidden amongst nature?” I am immediately on board.

Imagine the soothing sounds of tropical ambiance unfolding around you. Listen to the rush of waves as birds flying overhead call out to one another. Life is all around you; you are one with nature.

You begin life as a giant tree with little understanding of who, or what, you are. Enchanting opera singers guide you on your journey through the forest. Secrets are unlocked as you create friendships with other wanderers and piece together the unfolding storyline. The game encourages you to explore the beautiful world around you, seek out others like yourself, and take on new forms, each with their own unique abilities and stories.

If you have ever wondered what it would be like to soar the skies and feel the wind blow under your wings as a griffin, to be one with nature as a noble Oren, or swim the depths of the ocean as an agile amphibian, then uncover the enigma of co-operative, explorative gameplay that is Wander.

I am definitely in.

You experience the game in four different forms, along the way learning a common language enabling you to communicate with others who may or may not speak the same language you do.

As a super exciting bonus, I was contacted by the Wander MMO team and given a couple of Steam keys! If you are interested, please leave a comment explaining what you are looking forward to most about Wander.

And if you’ll excuse me, I’m going to go find a Griffin I can hop on the back of for a ride, Falcor-style.