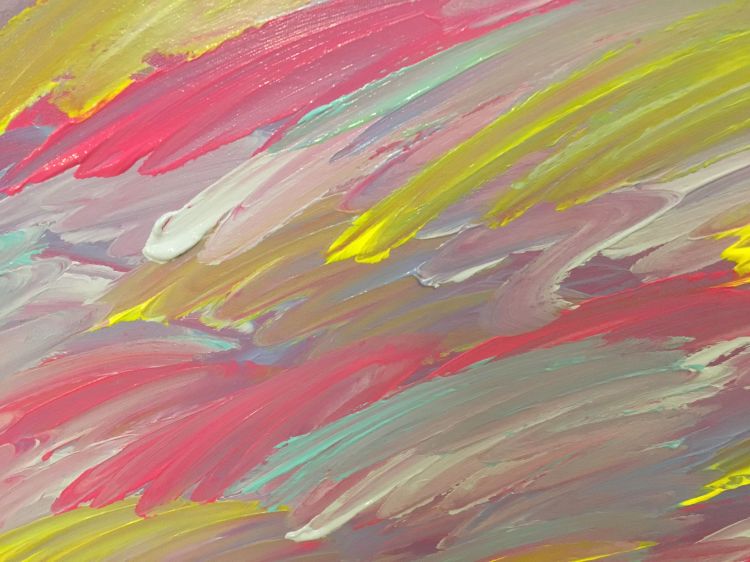 This is going to be short and sweet and I apologize for that; over the weekend my chronic illness stuff went into overdrive and I’ve spent most of the past 36 hours medicated and sleeping. I don’t often have to take two of my heavy duty meds in a 24 hours period, but I did on Sunday and now I’m what I’d refer to as hung over, even though no alcohol was involved.

Also, the phrase “It’s all uphill/downhill from here” is weird. If you are tired, wouldn’t you WANT something to be downhill so you could coast there? Wouldn’t uphill be more work?

What a weird phrase.

Over the weekend my partner and I finished more DLC for the Borderlands remaster (I am still mourning the loss of my golden keys; RIP), and will soon be on to The Armory of General Knoxx. I hope to reel in a friend to dork around in the Underdome, but certainly not to do the larger challenges; those were absurd in the original.

I also, after many, many years, finally painted again! It’s been roughly eight years since I last painted a canvas, and over the weekend I painted two! The first came out wonderfully, the second…less so.

To be fair, the main color I’d selected for the piece looked drastically different in the tube than on the canvas and by the time I took that information in, it was too late. So I tried to make lemonade but it didn’t work and the whole thing looks, for better or worse, like an authentic and ugly as hell ’80s print you’d find on a windbreaker or something. The image above is a tiny part of the huge canvas. I hung it on the wall (it’s 36×48) and I still can’t tell if I love it or hate it. I WANT to love it. I keep trying to tell myself, OH IT LOOKS LIKE PALM TREES IN THE RAIN. Or, OH IT LOOKS LIKE STYLIZED WAVES. Really, I just think it looks like sh*t, but I’m trying to come around on it. Go figure that my first piece out of the gate after so long turned out great, but the second one gives me a lot more than pause.

And I have many more pieces to paint.

Yesterday I wanted to get to many things, but my health shut me down pretty hard. Hopefully the rest of today is better, as well as the rest of the week.

This week I’m hoping to keep going in the Borderlands remaster, try something new, and continue painting new pieces. I don’t want one crappy piece to stop me from creating more.

Here’s hoping I don’t create more crappy ones. Life is funny that way.

With that I ask: what are you hoping to play this week?