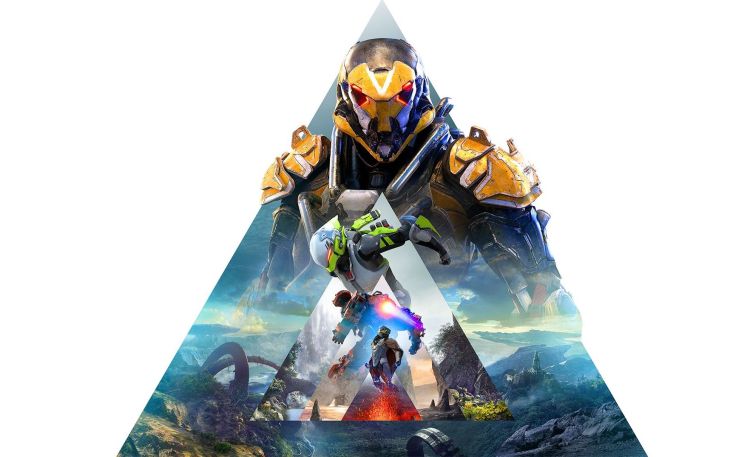 Horrors around every turn, limited resources, fumbling around in the dark; survival horror, indeed.

Friends, the past seven days have been super sh*tty. I’m still here; it’s the best thing I can say. I’m also largely feeling like I ruin anything I try to do, but that’s a depressing tale for another time. Suffice to say, I’ve been feeling lower than I have in a long time over the past week.

You ever have those times when, even if you try to do something positive to turn around a negative situation, you still manage to blow it? I’m not saying that happened to me but that’s exactly what I’m saying.

Yesterday I was finally able to get in to the Anthem demo and hoo boy. It was rough. I had to close out and restart the demo three times before I could even get into a mission. Once I got into that mission, I saw no less than six loading screens DURING the mission. Nothing saps my excitement (or, in this case, theoretical excitement) faster than weirdly placed or too frequent loading screens. Some games are obviously far worse than others, but Anthem is perhaps the worst I’ve seen. Yes, I know this was a demo, but with the retail release less than a month away, it’s a huge concern.

All told, in the handful of hours I was able to play the demo, I had to manually quit the game and restart around a dozen times and it hard crashed once.

That’s not a good look.

I was able to play all three missions and most of the other content before the timer ran out on the demo and I was booted to that glorious loading screen I got to know so well. I wasn’t impressed with the movement (it felt mostly clunky to me) or controls, the AI was sometimes so bad it was immobile, the interface for the menus was equally clunky and overly complicated, and I generally wasn’t having fun.

I’m glad I don’t have Anthem pre-ordered. I’m so grateful to have been able to try the demo (thank you, Degan!), because now I know for sure I want to wait on Anthem.

The funny part of the evening came when I was in yet another loading screen. I sat there thinking, man, I wish I was playing Destiny 1. No joke, less than two minutes later, my frequent teammate Degan said, “I think I’m going to play some Destiny 1.” Now this wouldn’t be remarkable except neither of us had played it in ages. As we were both manually exiting the demo (why would it allow us to do it any other way at that point?), Degan noticed another of our regular teammates just happened to be playing…Destiny 1! It turned into a glorious return and all the things I suspected were confirmed: I firmly believe Destiny 1 is a far better game than Destiny 2. Movement is crisper, cleaner, and feels faster. The armor looks better. The sparrows are better. The interface looks a teeny bit dated, but still clean. The load times are shorter and not nearly as jarring. The Valus strike is still the best. All movement, shooting, supers, and traversal were better. I knew I suspected it, but playing for an hour tonight confirmed it for me: so many things were better in the first game.

I still haven’t finished Everything. I haven’t finished a single game this year. I pre-ordered the Resident Evil 2 remake and sent it to a friend so he could play it first, but at some point I’m excited to play it. I should probably go back and finish Resident Evil 7: Biohazard. I should probably finish ANYTHING at some point. This year has gotten off to a mess of a start for me in so many ways. Part of me wants to drown my troubles in games, but I also know my brain doesn’t work that way. Instead, my brain is keeping me from enjoying, well, anything really.

All I want this week is for it to be better; it’s a low bar to clear. I think I’m going to have to force myself, literally force myself, to finish Everything. Just because I don’t want it to end doesn’t mean I can never play it again. I’m a great big weirdo about this one experience. I’m also hoping Wandersong gets marked down on PSN because I’ve been wanting to play it for some time.

What will you be playing this week? What’s the next big release you’re excited for?

Please be safe out there, friends. And please check on those you love; you never know what they might be going through. And even if they are doing okay, who doesn’t love hearing from a friend who cares?

Thank you for being here. Cheers. <3