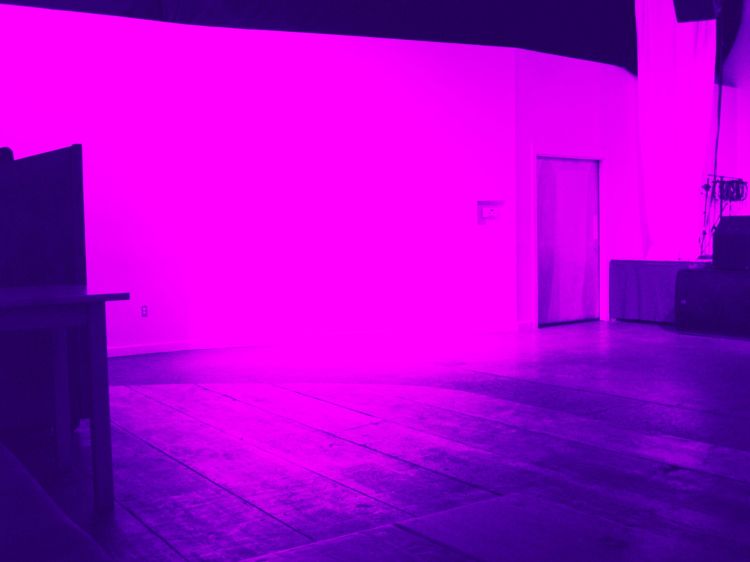 My life changed forever in that doorway. There’s no other way to look at it.

In the summer of 2006, I wasn’t on what anyone would call a winning streak: I was unemployed and desperately trying to find work, I was very nearly homeless, I was often engaging in dangerous behavior, and my parents had disowned me.

I was profoundly lonely.

I was living alone near the waterfront in Portland, Oregon, and it was a Friday or Saturday night. My neighbor (who had recently moved to Portland from Seattle to live with his girlfriend) had just been unceremoniously dumped and was in that state of disbelief and delirium so I said, hey, let’s go dancing and drinking and get out and move. He agreed and we headed out to the bar. We decided to use fake names all night to amuse ourselves so I became Clark and he became Lex (so we weren’t super original; sue me).

After the bar, we headed to one of my favorite dance clubs: Holocene.

I can’t remember who was playing. I was having a good time, though dancing always has that effect on me.

I was exiting the restroom into the hallway (which is behind that doorway) when I literally ran into someone I will simply call “J.”

I was getting pretty flustered.

This was back in the Myspace days, and we exchanged information from our flip phones. She asked if I wanted to get together sometime and I did (I really did), but I told her I had to confess something: Clark wasn’t my real name, it was Rebekah, and then I explained why I’d told her that. Her response? “Oh, my god that’s so funny, my mom used to use fake names when she was out with her friends!”

It was all pretty fizzy and funny but I never thought I’d hear from her.

She contacted me and suggested we get together a handful of days later.

I thought I was meeting her and her brother; turns out I was wrong about that, too.

We met at a place called the Doug Fir (a place I frequented) and sat outside on the patio (it was late afternoon). I thought I was meeting her brother, but it was really her boyfriend, “Ross.” As we were talking, she was asking me questions then, out of nowhere, she said, and I swear I don’t know how she knew this, ” You’re about to be homeless, aren’t you?”

I was mortified because she was right. I was so up against the wall of trying to find work and my lease expiring that I was facing living in my car within two weeks. I was incredibly flustered and didn’t know what to say. She asked me to tell her what was going on, so I did. She looked me dead in the eye and said, “Come live with me.”

I’d known her less than a week.

I told her I didn’t know if I could do that, but that her offer meant more to me than I’d ever be able to say. She asked me to call her later after I thought about it. I said I would.

Then I immediately fled to go dancing because I was freaking the f*ck out.

Fast forward several heavy days later, and I called her and asked her if her offer still stood. She said it did.

I moved in with her.

I lived with her for three months. I couldn’t even offer to pay rent and she still let me stay.

At the time I was jamming between temp jobs; the only work I could find. I didn’t make enough money to pay my car payment and insurance so I let my insurance lapse. I could barely afford food. I felt so badly that I couldn’t contribute, but if she minded, she never said. I had to have been a disappointing roommate.

In October she told me she and Ross were planning on moving in together so I’d have to find somewhere to go. I spent a couple tense weeks looking all over Portland for a room to rent and hoo boy, I found some sketchy folks. I finally found a room just down the street from where Ross was currently living (before they moved out together) and the two other guys in the house seemed okay. I rented that room. I didn’t have a bed, the floor was hardwood, and there was a hole in the window, but it was a place to live that I could pay for. I knew it could have been so much worse.

At some point in November, J told me they were going to see a friend’s band play up in Olympia and asked if I wanted to go, too. I knew and liked the band, and my car was the most reliable so I said I’d drive. J and Ross rode with me. On the way up, Ross told me his friend Todd would be meeting us at the show, and I probably replied something like, “Neat.” J started telling me about Todd and how amazing he was, to which I probably also replied, “Neat.”

We got up to Olympia, found our Motel 6 hotel rooms, and headed downtown.

J and Ross introduced me to Todd.

I don’t remember the introduction. I do, however, remember the two of us sitting next to each other and talking for some time. I felt sure he thought I was a jackass, and I thought he was pretty smug.

In my mind, we did not hit it off. To be fair, it wasn’t like a setup or anything, it was just a meeting of friends.

When we were leaving Olympia, Ross said to me, “I think Todd likes you.” I was like, you’re f*cking crazy, there is no way he likes me at all. He was like, “I think you’re wrong.”

Todd wound up messaging me via Myspace (oh gosh that’s funny). Two weeks later he came down to Portland and called me from Ross’s house down the street to ask if I’d like to get together. I was a little bewildered, but I wanted to see him so I said yes.

We played video games on the NES at Ross’s house then, when everyone else went to sleep, he and I went out for pie at an all night diner and stayed there until the sun came up. I still remember what we were wearing and that I couldn’t look him in the eye for more than a moment which told me a lot more than I was willing to admit at the time. I knew something was happening, something bigger than I could understand. It was pretty clear there was a massive SOMETHING.

Over the next two weeks, we saw each other nearly constantly, sometimes with J and Ross, sometimes alone. Within a month, we decided to live together. When I told J, I remember how happy she was for me.

I don’t believe in angels or miracles, but J was both to me at a dire time in my life when I didn’t want to believe the good in anyone. She was the most beautiful girl (in all ways) I’d ever seen in person. She was kind beyond measure. There is no overestimating the difference she made in my life and the massive ripple effect she and her kindness have had.

Some time after Todd and I moved away from Portland, she and I all but lost touch. When Todd and I decided to get married, I remember calling her and I remember how thrilled she was. I remember telling her none of it would have happened were it not for her.

She was kind to me at a time when kindness was in short supply. She introduced me to the most magical and deeply lovely person in the world.

Maybe angels exist. If they do, she’s first in line.

I tried to contact her before writing this piece as I wanted to use a photo of her. I couldn’t reach her but, some time back, I saw this image of Jem and it looks startlingly like her, face-wise: 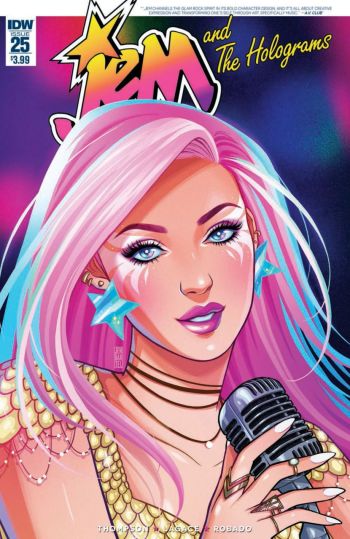