A Trio Of My Gaming Pet Peeves 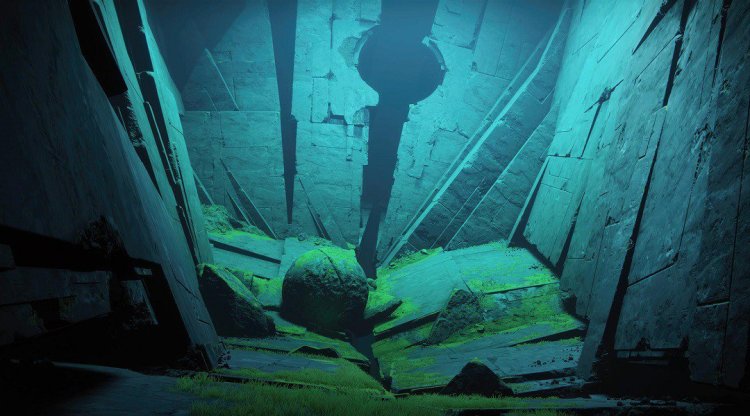 Over the past weekend, the internet was abuzz with a newly-discovered hidden quest in Destiny 2 that nets a very special weapon: Whisper of the Worm.

For any of you familiar with the first Destiny, Whisper has been likened to the Black Spindle and the Black Hammer: both exceptional sniper rifles.

The quest for the Spindle in D1 was time-based: you had to finish a challenging mission in under 20 minutes or you failed out.

The quest for Whisper of the Worm is much the same, only it’s more of a pain in the ass.

I’m not going to go into crazy detail, but this is super generally what is required to obtain the Whisper:

Go to Io.
Get the Taken public event.
Hope a specific high value target spawns during the event.
If he does, take him down.
Find a portal.
Go through that portal.
Do the most ridiculous platforming segment I’ve ever seen in any Destiny content.
Work your way to the first of three rooms filled with jerks who want to kill you real bad.
Kill all those jerks.
Kill three bosses.
Do it all this in under 20 minutes or you fail out.
If you DO fail out, you have to repeat all those steps just to attempt it.

This got me thinking about a handful of my gaming pet peeves:

I don’t like when a game doesn’t respect the player’s time.

As much as I love Destiny 2, it often feels like a bloated mess. I feel like Bungie is confusing “things to do” for “bland grindfest.” I love having tasks and completing them, but the frequent events like Iron Banner and the faction rallies are a seemingly endless loop of grinding to rank up. And don’t even get me started on the renown system (I am not a fan).

Having this secret quest for the Whisper is intriguing, but, if you fail, you have to do every step again. It’s time consuming as heck. At the very least, they should put a waypoint on your map so you can activate the mission at will once you’ve initially obtained it. To my understanding, they do this once you’ve completed the mission once, but it would be awfully nice if they just gave the checkpoint to you from the get-go.

The Whisper quest brings me to my next peeve…

I’m sure there are folks out there who don’t struggle with this nearly as much as I do, but I greatly dislike platforming in first person. In Destiny there’s a way around this (if you equip a sword), but you’re still dealing with movement that can be imprecise. You are also dealing with the joy of bouncing off surfaces it wouldn’t look like you’ll bounce from, and that’s another whole irritation.

I cut my teeth on the early platformers of the arcades and the NES; I have no issue with platforming. I do have an issue with it almost anywhere other than a proper platformer.

The first segment of the actual Whisper mission is unfreakingbelievable; it puts the platforming in Vault of Glass and King’s Fall to shame. As I approached the off-kilter abyss, I was literally sweating; my hands were slipping around the controller. And, somehow, I was the first of my fireteam to make it to the first room of enemies. I was shocked. And a little proud of myself.

Just thinking about it made me shake my head.

We didn’t complete the mission (we only tried it once due to the time investment that day; waiting for the proper public event can take quite some time), but I feel confident we will best it either this coming weekend or the following one. Here’s hoping.

I think back to the end of DOOM and my frustration. I played it shortly after it released and there must have been a glitch with the final boss as he wasn’t spawning the specific ammo he was supposed to, so the fight took an absurd amount of time. I was so frustrated.

The final boss fight of Uncharted 4 introduces a brand new mechanic. If I’ve made an epic journey within a game, I want to focus on what that final fight means, not figuring out this new thing. That also reminds me of another mild peeve: QTEs for a final boss. Please just let me fight that boss! Sometimes it works fine, but others, it feels like it siphons the importance and impact right from the experience.

As for weird difficulty spikes, I immediately think of that JERKWAD Midir from Dark Souls 3’s DLC: The Ringed City.

I don’t hate many things, but I think I came pretty close to hating Midir.

My friend and I had played through the rest of DS3 in its entirety. The only boss left, the only content left, was jerkwad Midir.

I think we attempted him no less than three dozen times (that estimate is literal); for frame of reference, we beat nearly all the other bosses in the game on the first try, and a handful of them on the second.

I started to get really annoyed with Dark Soul’s issues like the wonky camera in certain spaces, and the lock-on unlocking itself at the worst time. Sometimes both those things would happen at the same time and I would be so frustrated. I started making dumb mistakes. My friend and I got punchy with each other. I honestly thought we might not defeat Midir.

Eventually we were victorious, but, holy hell; I don’t know if I’ve ever felt so defeated during a game.

I know I’ve outlined these pet peeves, but I’d play all these games again if given the chance. I mean, DOOM was only okay to me, but I did mostly enjoy it; the agility was a fun change of pace from standard shooters. I’m still glad I played through Dark Souls 3 with my friend. And I’m sure I will get sucked in to the faction rally madness again when it comes back around in another four minutes or whenever they plan on bringing it back.

Do I wish these things could have been avoided? Yes. Do they fundamentally change how or if I will play a game? Apparently not.

What are your gaming pet peeves? What are some examples of how they’ve played out for you?

With that, I’m going to go dread all that platforming headed my way in pursuit of the Whisper this coming Friday. Yikes.