I Am In A Hole 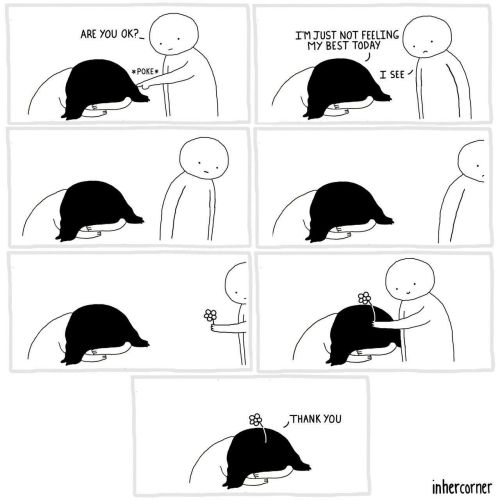 I am in a hole. It’s dark in here. Instead of going the obvious and most efficient route to find daylight, that is to say climbing up and out of said hole, I feel like I’m digging sideways; I’ll get out eventually, but my efforts are poor.

I’ve struggled with depression on and off for most of my adult life. I’ve hit rock bottom twice, thankfully the last worst episode I had was over a decade ago. I tried to kill myself and was unsuccessful (obviously). No matter how depressed I’ve been since that particular episode, I’ve thankfully never been suicidal again. I love so many things far too much to ever want to check out. I’m a huge fan of life and I’d be p*ssed if I didn’t get to be here to live it.

I’m grateful to be able to say those things and mean them. It took a ridiculous amount of work to get there.

A week ago today something nice happened. But, in my mind, that event made it inadvertently and glaringly obvious that I’m not getting anywhere…and I desperately want to quit writing. With each word I write, I feel like I’m further making an embarrassment of myself.

I’ve been sleeping more than usual, if for no other reason than to have a reprieve from the symphony of self loathing that has been steadily playing over the past seven days. I cried myself to sleep last Thursday night. I honestly can’t recall the last time I cried myself to sleep. It had to be so many years ago. I lay there, shaking from sobbing because I felt so hopeless and worthless. I feel sure I will never be able to make something of myself or get anywhere.

And, through it all, I don’t seem to have it in me to quit, well, anything really.

I don’t have the capacity to quit and it’s p*ssing me off. I can only further upset myself by continuing to try even though I know it will likely go nowhere.

I keep trying to use all these feelings as fuel. I want to use them to fuel myself to progress and not have them metaphorically blow me up.

It’s like my tenacity works in spite of myself. I have never been content with mediocrity. I wanted to learn how to play the piano so I taught myself. I wanted to be able to sing more than anything, so I locked myself away for years and found a way to do it. I wanted to work at Disneyland so I moved 1,000 miles to do it when I was just 19. I wanted to be in Les Miz and play Eponine, a dream I had and worked toward for over a decade, and I did it. I wanted to paint so I started and ran with it.

I have a long history of doing what I set out to do. But it’s been a long time and the hopeless and worthless feelings come stronger and faster, and I have to keep trying to tell myself: KEEP GOING.

But it’s so hard. It’s harder still knowing the last notable thing I accomplished was years ago.

I know there are far worse things happening in the world; they devastate me on a daily basis. But my struggle is real and it doesn’t feel good. I keep asking myself: what do I think of what is happening? What do I think of myself? And I have to admit that part of me feels a little proud that I can’t seem to stop. I can’t seem to give up. Holy f*ck do I want to give up on this writing crap, I want to give up so bad.

I’m down, I’m out, but I’m still here. And I’m hanging on to that glint of light, that catch of the sun on a hope I still have and can’t let go of.

Until I figure out how exactly to proceed, I’m going to keep writing. I will try not to let it get dispassionate and cold, but I have to be honest: I’m not playing much of anything lately. I haven’t been feeling it, even though there are a bevy of games I want to play. I wind up barnacle-ing on the couch or hanging out on the bathroom floor with my Baby-Sitters Club books (one of the only reliably effective things that helps me relax), or, most often, over-thinking a lot of negative things about myself. The last time I was this angry at myself, I used that anger to get in shape. I’m kind of hoping I can harness it again for a positive outcome.

I know I won’t be depressed forever. I’m in the process of looking for a new doctor because I know there are people out there who can help me. I’m taking the steps I can, when I can. I know the only person who can get me out of this hole is me. I’ve done it before and I can do it again. I’ve been lower than this and made it out. I’m f*cking going to make it out again.

Thank you for being patient, understanding, and supportive. It means more to me than I could ever say.