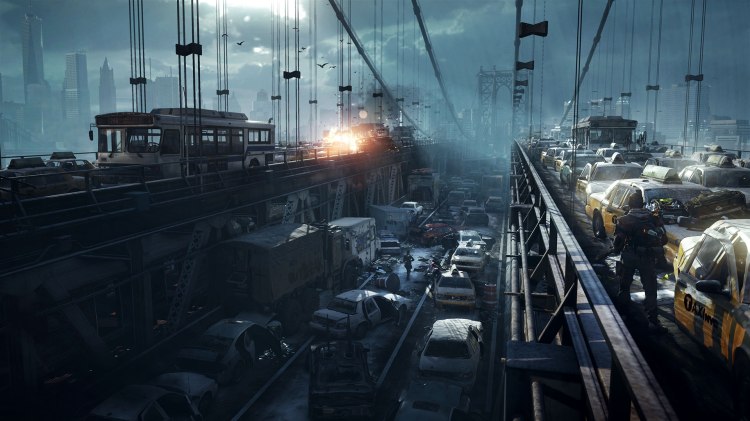 Normally, I get all my writing done at least the night before, if not the day before. This past weekend I was feeling like pooooooooop so everything faltered. I didn’t play nearly as much. I didn’t get to the art store as planned (those huge and colorful pieces will apparently have to wait). I almost missed my Borderlands 2 weekly appointment. I spent a significant amount of time medicated and horizontal both reading and playing an excessive amount of Animal Crossing: Pocket Camp on my phone.

I didn’t even get my usual two trips to the dog park. Blurg.

Over the last week I did play a large amount of The Division with my usual Destiny crew, and that was a lot of fun. It’s funny to go from not playing a game for two years to suddenly playing it like gangbusters. This week, I’d like to get to all the DLC then move along to another game.

I’ve noticed I tend to spend a lot of time in open-ended, loot-driven games. I think that’s telling of some of my personal weakness or whatever you’d call it. I don’t like games to end. I like having that social aspect to certain games. I like connecting and playing co-op as opposed to competitive. I like having that next thing to push for.

This also means I probably dwell too long on certain games when I could move along to other ones.

I’m working on it.

I also noticed something funny about my gaming habits: I often feel left out when others are playing newly released games, even when they are games I’m not interested in playing.

I love hearing and seeing what other people are playing. I really do. I love hearing people’s plans for the weekend and their excitement over those plans. I love when people are excited about games specifically, and anything in general.

Over the weekend, I saw many people on my friends list playing Monster Hunter: World, and I immediately felt left out even though I have no interest in playing it, myself. This isn’t an alien reaction to new releases and I can only chalk it up to my silly brain being weird yet again.

This week I’d like to get to four Steam games that my computer just might be able to run:

Two of those games have special distinction for me: my friends made them!

The St Christopher’s School Lockdown was made by my friend Laney, and I can’t wait to experience the game for myself.

Waiting For The Loop was made by my friend Reis and I also can’t wait to experience his game.

The other two (Doki Doki and Dream Daddy) are games I’ve wanted to get to for a while, and I think my computer could very possibly run them. I want to give them a go.

I’m also hoping to branch out a bit this week and play some smaller titles on the PS4 I’ve been meaning to get to including Always Sometimes Monsters, Far From Noise, and Last Day of June.

I’ve decided to spend less time overall on social media and devote that time instead to playing new games so I have fresh things to write about instead of making everyone listen to how I feel about Destiny…again. I’d also like to be creating more, whether that is writing, painting, etc. Change is hard for me, so let’s see how this pans out.

With that I ask: what are you hoping to play this week?