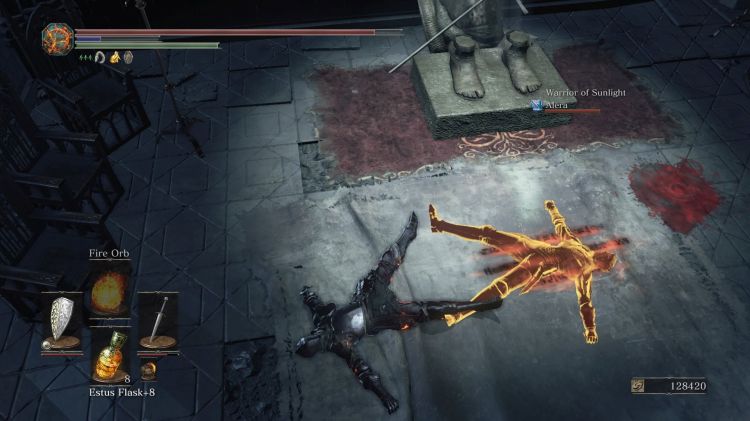 Monster Hunter World releases today, and already I’ve seen reviews and blurbs online calling it a mix of Dark Souls, Destiny, and various other titles, most of which include dinosaurs or other large beasties. Some comparisons are bandied about more than others (e.g.: Dark Souls = HARD), and while I get that some comparisons are apt, others are either lazy or detrimental or both.

Having recently played the Monster Hunter World beta, I also thought there was a similarity to Dark Souls in the movement, the weapons, and the pursuit of large opponents. But I wouldn’t call it similar to Dark Souls. Whenever a new and difficult/hard/challenging game releases (e.g.: Cuphead), the comparisons to the games in the Souls series are inevitable. This is when I feel the comparison is lazy; there are plenty of other difficult/hard/challenging games out there, and if someone really wants to compare one title to another, why not make the comparison more accurate?

I haven’t played Cuphead but I’ve certainly heard it can be punishing. There are plenty of other platformers and boss rush games that are also punishing. Yet, over and over, the comparisons to the Souls games pop up again and again.

Another game that gets an abundance of comparisons is Destiny. When Anthem was announced, immediately people were comparing it to Destiny. I mean, yes, it is a shared-world game, but why not be slightly more specific and say: “It has a shared-world similar to Destiny.” Just because something contains a similar element to another game, doesn’t mean the comparison is accurate.

Some people out there really dislike certain games. Imagine a game is coming out they are excited about when it suddenly gets compared to a game they don’t have positive associations with…then what? I’ve seen people get instantly less excited about a game when it gets compared to another game repeatedly. Why not simply explain the game instead of taking the shorter and easier route of comparing it to another title?

I often hear the term “Metroidvania,” and while this is a comparison of sorts, it’s also a lot more descriptive than saying a game is like another game. Metroidvania is a descriptor in and of itself: you unlock skills along the way that allow you to backtrack to previously visited areas and then access new items and areas. A game can be a Metroidvania game, and be little like either Metroid or Castlevania in any other way. I’m not a huge fan of the term, but at least it has merit as a useful adjective.

Diablo is also used as a frequent comparison for loot-based games. Borderlands was “Diablo with guns.”

Skyrim may be ubiquitous and synonymous with open world games, but sometimes the comparisons are a stretch. I remember when Far Cry 3 released it was dubbed “Skyrim with guns.”

Really what it was was an open world shooter.

I’m going to be honest: I’m not even sure what my point is, other than I wish those who felt obligated to compare games to other games would be a little more descriptive. If they felt a game really should be compared to another game, explain why. Explain the ways in which the game is similar further than just: DARK SOULS HARD THIS GAME HARD.

Some comparisons are justified, but I like when someone can elaborate and explain the ways in which the compared games share identity.

With that I ask: what will you be playing this weekend? I always love hearing about what you have on deck.

I will certainly be playing more of The Division with my crew, as well as picking back up with my nth Borderlands 2 run with a friend. I’d also like to finish What Remains of Edith Finch without ralphing, as well as starting in on another, smaller, title.

Whatever you choose to do this weekend, please be safe out there friends. Cheers.