The (Too) Many Choices Of A Ubisoft Release 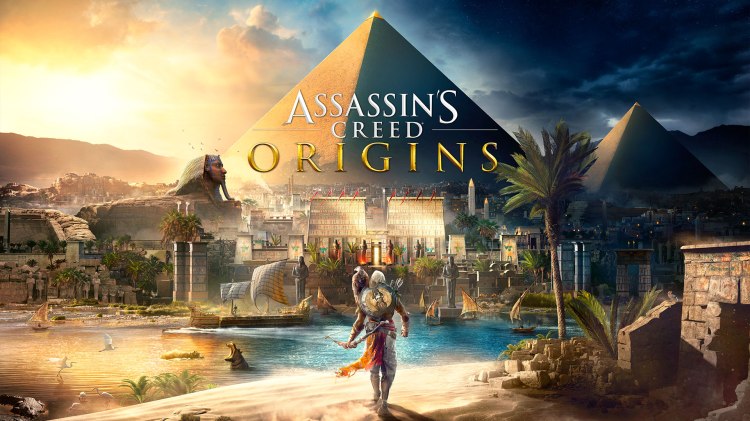 Every year around this time, I start looking through my pre-orders for the remainder of the calendar year. This year, there aren’t too many games I’m compelled to pre-order, but one of games I do have locked down is Assassins Creed: Origins.

I have the standard edition pre-ordered (how many times can I use the term “pre-order” in this piece?), but I got to thinking about the handful of other editions I saw available on Amazon. Then I decided to look at Ubisoft’s store to see how many more were on offer.

All in all, there are seven different editions of the game available for pre-order.

That’s at least five too many.

These are the listings I found on Ubisoft’s store: 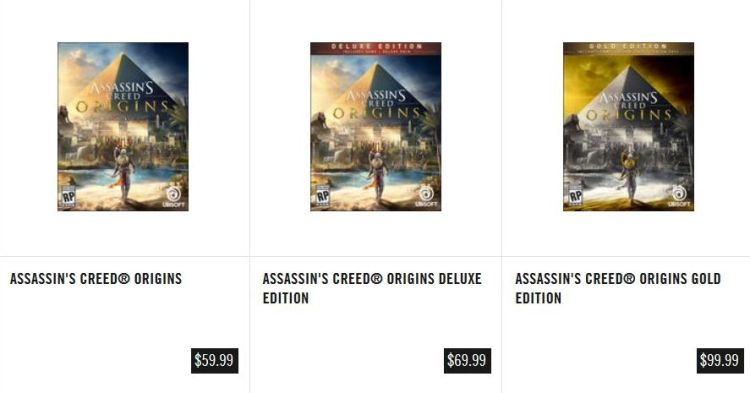 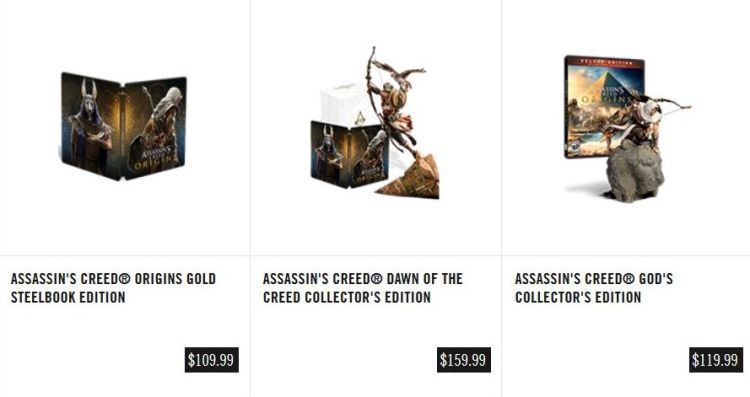 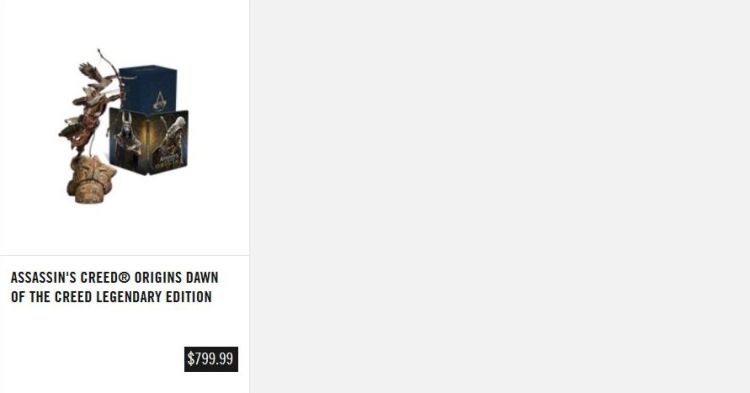 Let’s break this down by edition and price.

Yes, you read that right. There is an edition of this game that costs just under $800. I don’t want to judge, but that seems fairly excessive.

Ubisoft seems to finally understand that all these editions could be confusing, and I found the following comparison chart:

And that only includes the first four options! Never mind the other three editions which include physical items (e.g.: statues).

Now, as a person who is up to date on video game news and is aware of Ubisoft’s penchant for a zany amount of editions for the same game, I have a decent idea of what to expect and how to navigate their overcrowded waters. But I shudder to think of what happens when someone who isn’t familiar with either video games in general or Ubisoft in particular, tries to buy this game as a gift for someone. I imagine them going into a GameStop (or another retailer) and asking for the game, only to be asked which edition they want and to be faced with the many confusing options Ubisoft has laid out before them.

I actually like the comparison chart above (it helped me make my decision on the edition I wanted to pre-order), as it simplifies the differences between editions.

But the larger question that looms above all seven of the options is: why are there so many? Does all this pay off for Ubisoft? Why have more than a standard edition, an edition which includes the expansion pass, and a potential collector’s edition? And none of those options even takes into account that there will likely be retailer-specific pre-order bonuses as well. It makes it difficult to be truly excited for a game when, from the get go, you are left wondering what content you are missing out on simply because you pre-ordered it from a particular retailer. I understand there need to be incentives to order from one establishment over another, but, at a certain point, it starts to feel a little ridiculous.

I’m more excited for Origins than I’ve been for any other Assassins Creed game in recently memory, but all these editions border on laughable (for me). I can’t imagine the strategy pays off for Ubisoft, but then I think they wouldn’t do it if it didn’t, so I’m left wondering. And if it does pay off for them, how ridiculous will this get in the years to come? Will there be a dozen editions? More? If you go to their website to look at the options, will you have to download an Excel spreadsheet just to figure things out?

How do you feel about Ubisoft’s many offerings? Do you like having all these options? Or do you wish they would simplify the menu?