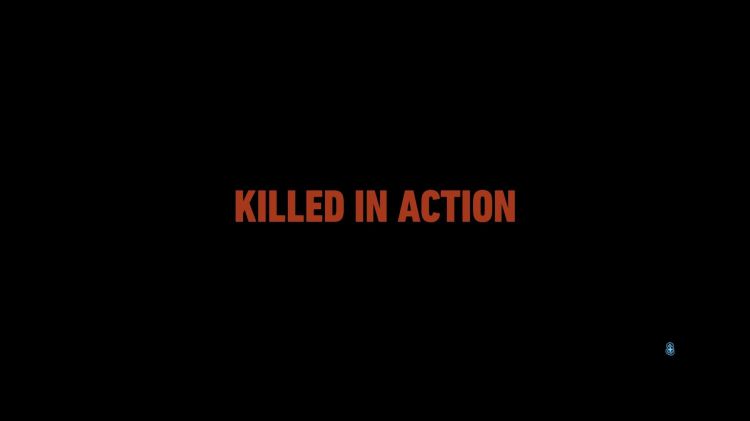 In a week where I played various games, the most frustrating of them all wasn’t the punishing nature of Dark Souls 3, but rather the myriad issues with Ghost Recon: Wildlands.

Let me back up just a second here.

Over the weekend I got in some jolly cooperation with my Dark Souls 3 co-op partner. We fought bosses, did silly things, and had an all around delightful time. At the onset of one particular boss fight, I was dodging the boss and wound up as far on the edge of the bridge we were fighting on as I could possibly be without the added hilarity of falling to my death. In retrospect, I wish I’d taken a video clip. Alas, with the large boss barreling down on me every few seconds, there wasn’t much time to engage with the Share button.

We are nearing the end of the main game and, I have to admit, I feel a little sad about it. We are planning on tackling the DLC directly after the game proper concludes, but I can’t believe the time has passed so quickly.

JOLLY COOPERATION MAKES THE TIME GO BY SO FAST

The game I spent the majority of my time with over the last week was Ghost Recon: Wildlands. It’s funny to me that the beta absolutely didn’t grab my attention, but the main game has.

Wildlands has some real problems. I mean, it’s engaging and often interesting, but it also has several issues I can’t believe weren’t patched out.

I have seen, more than once, when you land an aircraft, if you get out before the mission shows as complete, it will spaz out, flip upside down and all over, kill you, and fail the mission.

The spawns of both teammates and enemies have issues. If I die (which happens more often to me in this game than any other in recent memory) and choose to respawn to one of my teammates, the game seems to choose between two glorious options: super far away or right in the middle of a group of hostiles.

In an example of the former, my teammates were on an island, and the game kept spawning me on land several kilometers away. Why would that be an option? In situations of the latter, I would be spawned quite literally in the middle of a group of enemies my teammates were currently fighting, and would often immediately die again since you can only take a handful of shots.

Get it together, Wildlands.

On the subject of getting shot, I understand what the game is going for. I understand they don’t want enemies or players to be bullet spongy. That’s fine. Human enemies in The Division were quite spongy and it felt strange.

The AI can be so aggressive that even if you wipe out a group of hostiles in quick succession, they still somehow called in reinforcements in the four collective seconds you weren’t shooting them, and you suddenly become overrun and die.

I play 95% of the games I do on normal. I’m not one of those folks who prides themselves on playing games on super difficult modes, and I don’t often resort to easy (when I do play a game on easy, it’s usually a significantly older game with antiquated controls). After playing Wildlands for over a dozen hours, I finally suggested to our team that we switch the difficulty because I was getting so frustrated with our being detected and killed so easily. I am all for tactical planning and taking people out in an orderly and concise fashion, but when reinforcements can be instantly called in (even without an alarm), and with ammo not always being in a useful location to collect, I realized part of the infrastructure of the game was bringing me down.

This is the first game in a long time that made me feel like I just sucked at games. It’s a crap feeling. Particularly when it happens through little fault of my own (e.g.: poor spawn locations, all-knowing enemy AI).

We have been playing as a team of three (we are a regular Destiny fireteam as well), and we have all been dying more than I’ve seen any of us die in any other game. I’m not dying in freaking Dark Souls as much as I’m dying in Wildlands.

Since my partner and I play in the same room, I can turn around and see his screen at any time. During our play session last night, he expressed confusion over where my character was at a particular base. I told him I was at the top of the hill (which I was). He said his game showed I was in a bunker well down the hill. I turned around and, sure enough, that’s where his game showed me to be. He looked at my screen and saw where I was actually standing. It was strange to say the least.

(Fun note: we took a helicopter away from that area and it still showed me in that bunker even though I was sitting in the helicopter right next to my partner and kilometers away from where we had been.)

The other issue I have is that even if I’m relatively close and headshot my target, it doesn’t always register that my shot landed, but it will register that I alerted the enemy. In a game based heavily around a stealth approach, I take issue there. I know there is falloff at range, but if I’m somewhat close and I show a headshot on my screen, that should register. About a third of the time it does not.

If the enemy can know where I am instantly and kill me in a handful of shots, there needs to be a balance.

All that being said, I’m still enjoying the game overall (likely due to the company and the beautiful environments), but the game is far from perfect. I was so frustrated last night when we all signed off that it took me a while to cheer the heck up. That seems counterproductive to gaming. I don’t need or want a game to be ridiculously easy, but I do expect it to have systems that work. If I’m dying constantly, I want to know it was because of something I did (or didn’t do), not because a group of enemies magically spawned behind me and shot me in the back when no one was on the radar seconds ago. That’s cheap. And can’t be planned for. And I take issue with that.

So, there you have it. I will likely be getting further in Wolfenstein: The New Order today, and hopefully playing some more Wildlands tonight. There is so much I enjoy about it, but a whole lot I don’t.

What will you be playing this week?