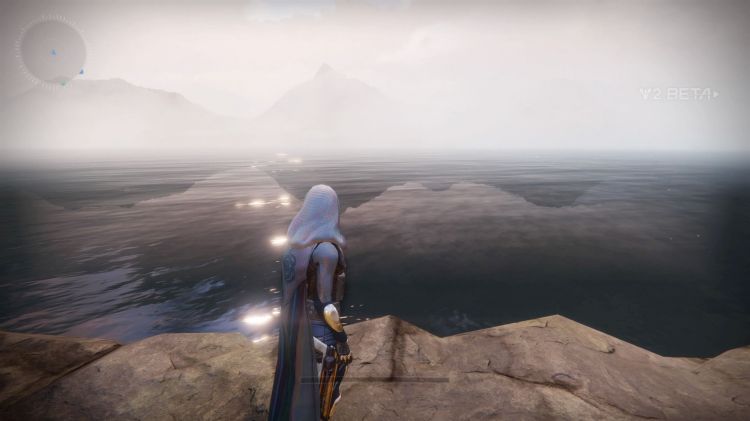 The past week (and weekend) was piled high with various games in various durations. But the thing I was most curious about resulted in an abundance of screenshots: visiting The Farm social space in the Destiny 2 beta for the collective handful of minutes it was online yesterday.

More on that shortly.

The biggest news (for me) last week was the Destiny 2 beta. I may not have felt great about it, but I’m glad I played it. I hope Bungie listens to the feedback they’re getting, though they have a good track record in that area.

I spent more time with Ghost Recon: Wildlands and, other than a few hiccups, have been enjoying it ever more. I may not love the finicky nature of a couple of the side missions, but I quite like the atmosphere. The day/night cycles, the dynamic weather, the perks to unlock, they all add up to my investment in the game. I’m excited to play more of it over the coming days and weeks.

I also got in some more jolly cooperation in Dark Souls 3! I continue to be surprised by how much I’m enjoying it, and I think I’m improving, albeit in small increments. I feel more comfortable with combat and I’ve enjoyed looking more into the lore as well as the systems of the game. Back when I got the game at release, I also bought the game guide (I figured I need it), and recently I’ve been looking through it a bit trying to familiarize myself with more of the world. My Souls partner and I wound up in one of the most beautiful locations I’ve seen in the game so far, and I had to screenshot it for posterity. I mean, just look at this:

And that screenshot doesn’t do it justice! It barely shows the aurora happening in the background.

Also, please note my Boulder Heave spell. I had been so ridiculously excited to obtain that, but it proved to be less than what I was hoping for. I had envisioned myself performing a Skyrim-shout of sorts, but spewing forth a giant boulder, and, instead, it was like I slowly barfed up a very close range rock.

Needless to say, I switched back to Fireball on my next trip to Firelink Shrine.

One of the things that surprises me most about my time with Dark Souls 3 is how much I find myself thinking about it when I’m not playing it. My Souls partner and I can only connect on the weekends, and I wind up thinking about the game during the weeks between sessions. I never anticipated this reaction to the experience.

And I can’t wait to get that FLOP emote.

Yesterday I popped in to the Destiny 2 beta once more, but only to explore The Farm social space. It was a bit smaller than I thought it would be (based on everything I’d seen and read), but I quite liked it. There were sections which were surprisingly beautiful (the waterways and the forest areas), but I had some concerns about the textures and foliage (this came up in the story mission and strike from the beta as well). Many of the textures didn’t even look as good as the first game’s textures. I have no idea why this might be, but it’s concerning. If Bungie isn’t willing to hold themselves up to the same standards as the first game (never mind improving upon), that sets off a red flag for me. So many things about the original game made me say, wow, this is really beautiful. And the concept of the farm is definitely beautiful. I just felt the execution of the concept fell a little below what I’ve come to expect from the team at Bungie.

Even so, I spent plenty of time exploring The Farm and came back with the following screenshots showcasing the environments:

This looked like some sort of extension of the hangar. I liked the shapes and shadows involved.

An unexpectedly lovely tunnel through a shallow waterway.

One of the first times I realized my cape was a bit holographic.

A better look at the holographic effect on the cape. I really loved that wooded area behind the hangar.

I concluded my time at The Farm with a sit down by the shore. A lovely view, if I do say so.

As much as I’m concerned about Destiny 2, I don’t think I can accurately impart how much I want to like the game. The first entry has been one of my favorite games of this generation. I want the sequel to be good so much I can taste it. I’m just incredibly wary at this point.

This week I’m hoping to get to more Wildlands, to pick up where I left off with Wolfenstein: The New Order, and I’d like to finally finish Everything, a game which has already shot to one of my favorite games of all time. I’m feeling good about making progress in games again!

What are you hoping to play this week? Are there any new releases you are looking forward to in the near future?