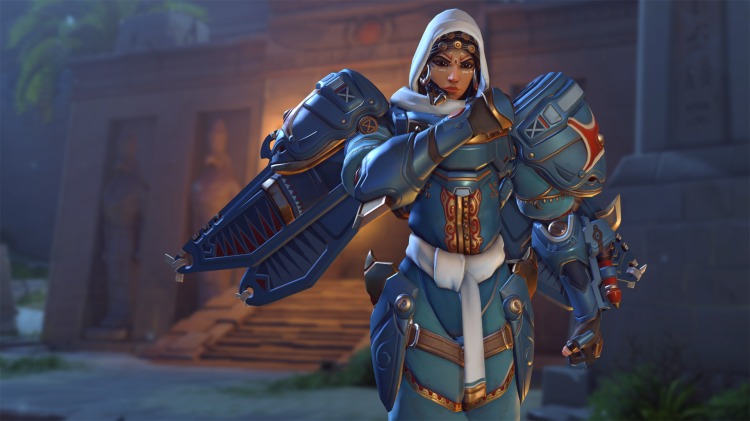 I have continued good news to report: I’ve been able to keep playing games! I may not be playing every day, but I’ve been able to sustain playing a couple different shooters for a couple hours at a time (Destiny and Overwatch, specifically), and I feel very good about that!

On Friday I managed something in Destiny I’d been wanting to do since the last update: make the final push to 400 light. The only things holding me back were my ghost shell and my heavy weapon (stuck at 399 and 395, respectively), and I managed to get a 400 ghost shell after grinding the Archon Forge for an hour or so. Shortly thereafter, I ranked up with both the Vanguard as well as New Monarchy and in my rank up packages I ended up with not one but two heavy weapons at 400 light! I infused them both immediately into a couple of swords and hooray! Max light at last! I know it doesn’t matter since none of my progress will carry over into Destiny 2, but I’d wanted to reach level cap anyway. Plus, it was nice to play a familiar game while I got back into the swing of simply playing games again.

I also jumped back into Overwatch, and that went about as well you’d expect Overwatch to go after considerable time away. I was able to get in a group and play with not only my partner, but a couple of good friends and that always makes Overwatch a grillion times better. I probably spent an hour apologizing for not being at the top of my game, literally, but no one seemed to mind terribly. Somehow, I managed to get my longest Soldier 76-specific kill streak (a character I used to play with some regularity) to date (17, thank you very much), so that was nice amidst all my out of practice mediocrity.

I was also (unfortunately) reminded that when Overwatch is great, it’s really great. But when it’s frustrating, holy hell it is really frustrating. We ended the night on two fairly awful matches, and, I won’t lie, it brought me down a bit. It also didn’t help that the loot box situation for this particular event borders on abysmal. With the high number of items to be had, all most of us seemed to get were the golden versions of the player icons of each of the heroes. I suppose that’s okay, but there are some really neat skins for the event (I would like Pharah’s skin, as seen in the image above, but I’m not willing to drop endless money into buying loot boxes to get it), and it seems like the drop rates are worse than usual.

Either way, I’m sure I will play a little more here and there during the event, so hopefully I either get the skin (and Zarya’s!), or end up with enough in-game currency to purchase it. If not, that’s okay, too. I don’t play enough Overwatch to get that disappointed by having the skin or not.

Today, I hope to start in on at least part of a newer game (to my definition “newer” being something released in 2017), or, Tales From the Borderlands, because I’ve been having the great big urge to play it even though it’s not new. Who knows how or why we want to play what we want to play and when. I’m just so glad to be playing again!

With that I ask: what did you play over the weekend? What are you hoping to play this week?