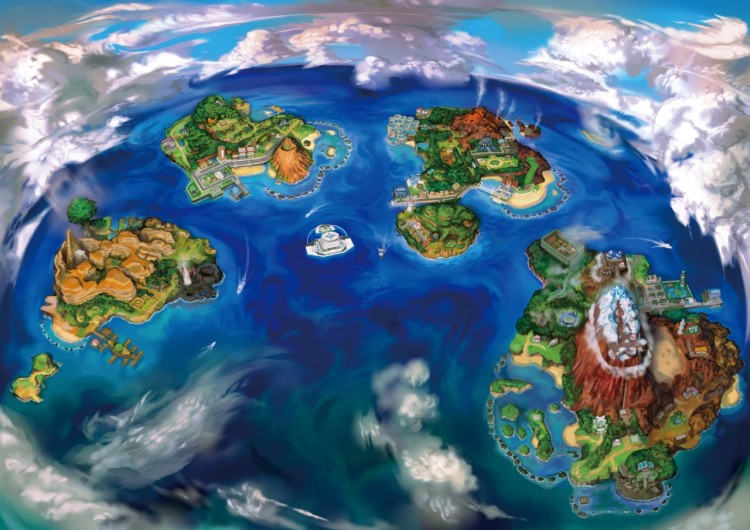 I had such high hopes for the past week.

I’ve had a bit of a strange week. I went to see another specialist (turns out, I will get better…eventually!), and have more meds to try. I am still sick, but, at times, certain things improve a bit, only to feel far worse even later in the same day. I tried to sleep last night and I hurt so badly, I couldn’t fall asleep.

So even though I thought for sure I would “finish” Everything, I didn’t even get to play more of it. That was disappointing.

Since my 3DS is portable and can travel to both the couch and bed, I’ve been playing a bit of Pokemon Sun here and there. I’ve been focused on filling out my Pokedex. Sometimes that means endless grinding to catch a Pokemon I’ve not yet seen, others it means grinding to level an existing one. I love when I can just slap a stone on them and they evolve but most of the recent ones have been more involved.

Over the weekend, I’d wanted to try to revisit either some Borderlands DLC (from the first game), or even take a return trip through House of the Dead: Overkill, but neither panned out. I’d hoped to play anything last night but ended up feeling worse than usual and was grateful when I was finally able to fall asleep.

This week I need to figure out a way to play anytime I’m awake. I’m weary of so much uselessness. Especially considering Persona 5 drops tomorrow and I can’t wait. I don’t care if I need to keep a barf bucket next to me from playing and bothering my system; I’m going to find a way to play that game. Everything I’ve seen of it looks amazing.

So with that, I say, I’m sorry this is a short one, but I don’t want to bore you with a lot of nonsense about sickness and lack of activity.

What did you play over the weekend? What are you hoping to play this week? Anything releasing tomorrow that is on your radar?

Thank you for sticking with me, friends. I hope to have better things to report on all fronts sooner than later. Cheers.