Here we are: week two. I’m already feeling good about the month, and it isn’t even halfway through.

This past week I started The Last Guardian (at long last) and I have so many thoughts about it that I’m already planning on reviewing it as soon as I’ve completed it. So there you have it! January’s review will be for The Last Guardian.

I will go into greater detail in the review, but I have to say, Trico is a revelation. No matter how the game shakes out, his creation (and implementation) is unparalleled in video games. As someone who spends a great deal of time closely observing a creature, I can say that Team Ico has achieved something that must be experienced to be truly understood.

I can not praise the Trico enough.

But more on that later.

I also finally started Titanfall 2 and I was instantly blown away by how different from the beta it felt. Granted, the beta was multiplayer only, but so far in the campaign it’s like night and day comparing the experiences. I’m having such a good time. Sure, I’m still getting the hang of some of the traversal options, but it’s a joy to play. The introduction was well done, and even the tutorial was enjoyable. How often can that be said?

It’s already more engaging than any Call of Duty game I’ve played, and I believe I’ve played all of them except for Advanced Warfare and Infinite Warfare (so much warfare). I can’t wait to dive back in later today.

I’ve been dabbling here and there with Pokemon Sun, but really only to pop in to Poke Pelago and round up more beans, harvest berries, and send my beloved Pokemon into the caves to look for stones. 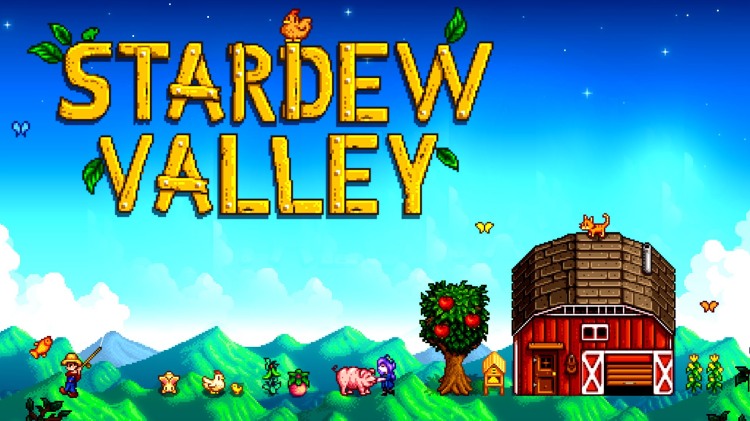 And speaking of harvesting berries, I’m planning on starting Stardew Valley this week! I’ve heard nothing but praise from those who have played it, and have even heard it’s so whimsical and addicting that it can actually be difficult to find a way to stop playing it.

Which makes a powerful statement all its own.

I’m a little concerned about getting into a time sink game so early in the year, but one thing I’m trying to do more often is to jump in to more experiences. I somehow doubt I will ever regret starting such a game.

Oh! And how could I forget Borderlands?

My partner’s brother bought him a PS3 for Christmas because he knew he wanted to go back and play some last gen games he missed. What that also means is that we can finally play the original Borderlands together, each with our own screen! Hooray! We started in on Saturday (we have played the entirety of the original Borderlands at least half a dozen times with various characters), and are making good time. I can never quite place my finger on it, but I just adore the first Borderlands. It’s not only my favorite in the series, but one of my favorite games, period. I love that we are getting to play it all over again.

One thing I didn’t love was finding out that both my PS3 controllers, while well kept, are apparently malfunctioning. Using the L3 button resulted in some hilariously frustrating situations, as it reacts as though several other buttons are pressed at the same time. Instead of merely sprinting as intended, it will do one or several of the following: jump, throw a grenade, use my action skill, switch my weapons, reload my weapons, and/or crouch.

It was terribly frustrating. But it turns out it happens to a lot of people.

What was even more frustrating was finding out that Sony no longer manufactures PS3 controllers. I tried an off-brand from GameStop and it worked, but the sticks were so loose I had to revert back to one of the faulty controllers. I ended up finding a third-party seller on Amazon that was selling new Sony controllers and was amazed that a last gen controller was selling for nearly $50.

Oh well. What can you do?

So this week’s plan is to finish both The Last Guardian as well as Titanfall 2, and to leap into Stardew Valley.

And probably play as much Borderlands as I possibly can.

I feel steeped in excellent games.

What have you been playing? What are you hoping to get to this week?