NES Classic Edition: A Return Trip To My Childhood 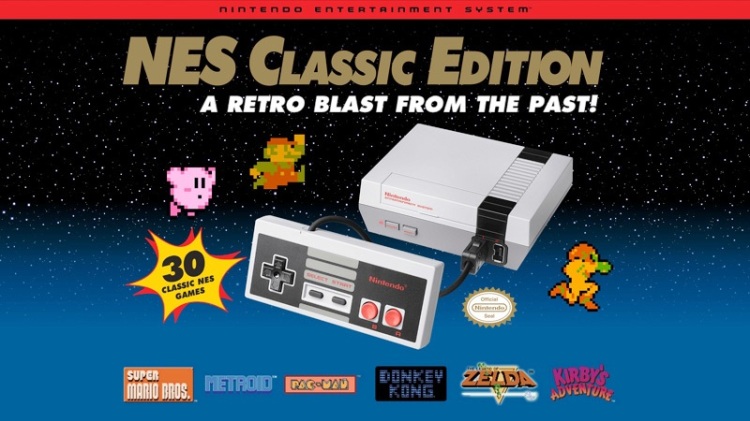 When it was announced earlier this year, I thought I might be able to resist the maddening urge to seek out a NES Classic Edition.

A year ago, I wrote about the Christmas of 1989 and what was possibly my favorite Christmas memory (the year I was pining for the original NES). It was almost certainly the onset of my passion for gaming.

Just thinking about it, and looking at that very same NES (which still works and is hooked up to the television), makes me weirdly happy. Sure, it was a simpler time, and sure, I had my whole life ahead of me, so it’s easy to allow all that fondness to wash over me and color my thoughts about this new, teeny tiny NES, but I’m excited about it on its own merits, too.

Back in the day, and I think a lot of us who grew up in the ’80s can attest to this, getting a new game was a milestone. It didn’t happen often (for most of us). You had a handful of games and you played the crap out of them. I can’t tell you how many times I played through Super Mario Bros. 2. I can’t tell you how many hours of my life have been spent playing Bubble Bobble or Dr. Mario. I played so much Tetris that when I went to sleep at night, I’d see tetronimos falling gracefully while I arranged them into place.

That being said, there are classic games from that era that I never had and somehow never rented, and this new NES Classic Edition would be the price of entry to play those iconic games.

How often do I feel like playing Bubble Bobble?

How often do I feel like playing Dr. Mario?

My only concern is if I will actually be able to get my hands on one. This week I received an email from Amazon letting me know exactly when it would be available on the site. I know demand will be high for this little joy machine, and I’m hoping I’m one of the fortunate folks who get to see one in their living room.

I’m also going to need to get a second controller, but I don’t even want to worry about that until I know for sure I’m getting the system, itself.

So, this afternoon, I will be feverishly refreshing Amazon in hopes of getting a shiny and new NES Classic Edition for myself. And if I do, I’m going to play the heck out of it on Christmas day, just like I did back in 1989.

Are there any particular games or systems you are hoping for this holiday season? Will you also be trying to get a NES Classic Edition? What are your earliest gaming memories?