Certain pieces of media take me back to a specific time and place. I can vividly recall reading In Cold Blood for the first time. I was alone in Germany, huddled on my bathroom floor, horrified at Truman Capote’s recounting of the series of senseless murders in Kansas back in 1959.

Another thing I recall is when I first saw the movie poster for the horror movie FeardotCom. I was at a remote military base in Germany for the weekend, staying at a closed clinic (that I also remember sliding down the long, slippery halls in my socks like a bada**). I recall wandering around the base and finding a tiny movie theatre, and outside it was where I saw the poster. It terrified me. (This was long before I was a horror movie fanatic. )

I recall the weather was cold and air was damp. It had been heavily drizzling for days, and the weekend ended up bringing much rain. Years later, when I finally saw the movie, I thought it was fitting that the atmosphere was just like that weekend: cold, damp, and unnerving. I know the film was pretty universally panned, but I thought it was slightly off kilter and liked it for the art house style it was shot in.

I was thinking of FeardotCom yesterday and it got me thinking about certain games that take me back to a distinct time and place, so I thought I’d share a few gaming related memories. 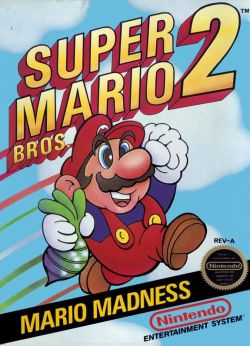 I have many memories of Super Mario Bros. 2, but the most clear is when I got to play it for the first time on Christmas day, 1989. I remember sitting on the floor in front of our wood-paneled television (with knobs on the front!), seeing the game I had dreamed about come to life before me. The Christmas tree to my right, the dusty mauve color of the carpet below me, and my excitement at fever pitch, I remember it all. I particular remember the specific cadence to getting as many extra lives as possible on the screens following each level.

I love that game so much. 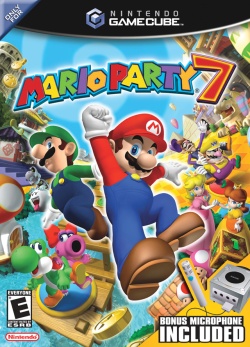 Oh, Mario Party 7. Shortly after I moved back to the states from Europe, I found myself living alone. One of the things I remember doing around that time was getting my Xbox and my GameCube (on the same day!).

I didn’t have too many people clamoring to be around me, so I often found myself alone each weekend. More often than not, I would make the trek to Blockbuster, rent a few horror movies, and that was my weekend.

On more than one weekend, I remember sitting on the floor in front of the television, playing Mario Party 7 by myself.

Now if that isn’t one of the most pathetic things ever, I don’t know what is. 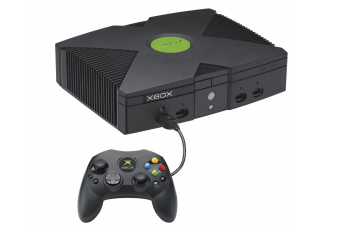 Back in 2007, my partner and I were living in an adorable little studio apartment. It was 250 square feet, so there wasn’t much free space.

My partner’s boss offered us his old, original Xbox (with a stack of games) for free, and we gratefully accepted! It was such a generous offer, I just couldn’t believe it. When he found out we didn’t have a television (we used to just watch things on my laptop, back then), he gave us a small one of those, too.

We didn’t know where to put all this goodness, so I suggested we make a “living room” out of our tiny closet, so that’s what we did. I remember wedging myself in there to play games and giggling at the snug quarters. I can’t remember any specific games we played, but I do recall sitting there, thinking it was about the best thing ever and also wondering if one day we would have an actual couch.

(Note: we did eventually get a couch and I’m currently sitting on it. Victory!) 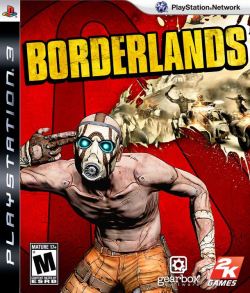 Oh gosh, I know I talk about Borderlands a lot, but I really do just love the heck out of that game. In this case, I recall not only when we played the game, but when we were first told about the game.

We had recently acquired our PS3, and happened to be at a GameStop after work one Friday while we were waiting for our pizza from an adjacent pizza place. The salesperson asked what I was looking for, I told him we were new to the PS3 and were thinking of co-op games, and he immediately gushed about the Game of the Year edition of Borderlands.

At the time, for whatever reason, I didn’t want to like it. We didn’t buy it that day. But the thought of the game kept nagging at me, so less than a month later we ordered it from Amazon. We started playing it immediately and everything else just fell away. When we weren’t at work, we were playing Borderlands. When we should have been sleeping, we were playing Borderlands. I recall once, I woke up in the middle of the night to find my partner playing the Zombie Island of Dr. Ned DLC (without me!), and I was so jealous that he had been playing it while I was asleep that I forced myself to get up and play with him.

Good times. And thinking about that makes me want to play it again. That always happens. 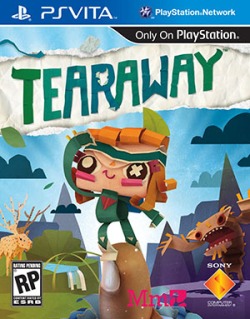 It was December of 2013 and I was playing Tearaway on my newly acquired PS Vita. I knew I was nearing the end of the game, but I wasn’t prepared for what happened.

(Please note: there will be no spoilers here. But if you haven’t played this title, I highly encourage you to do so.)

We were up in the Pacific Northwest visiting family for Christmas, and we were staying with my partner’s parents in our hometown. I was so committed to finishing the game that night, that I had turned on my space heater in the bathroom (their bathroom is huge with plenty of space to sit on the floor), and sat down to finish Tearaway.

At the conclusion, I was a sobbing mess. I was so moved by the ending that I just cried and cried. I can entirely remember sitting there on the cold floor, the space heater aimed at me, watching the end of the game unfold (if you will).

In the years since, I’ve often played games on their bathroom floor in the wee hours of the night if I can’t sleep. Such wonderful memories.

With that I ask, are there any games (or movies or books, for that matter) that take you back to a specific place and time? If so, what are they? I’d love to hear about those memories.