Thank You, Blizzard For Giving Us Strong Female Characters 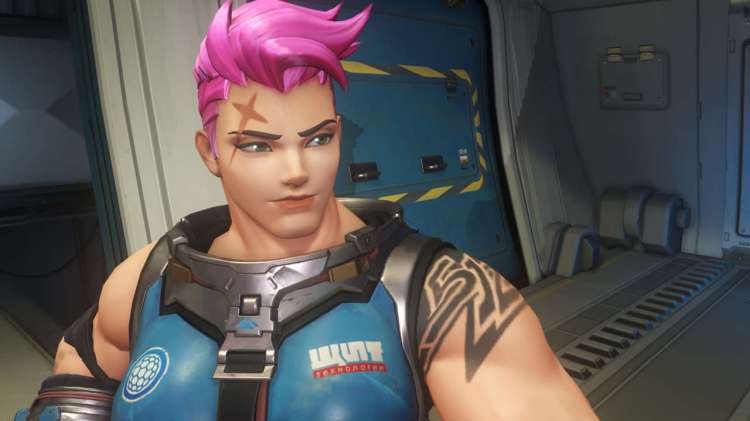 Lately I’ve been struggling. This isn’t news, nor is it a secret. Some of the biggest concerns I have right now have to do with my health, weight, and self-image.

None of those things are pretty.

I used to be okay. Not super attractive, and not ugly. I was okay.

Over the past chunk of years, I’ve fallen into a state of disrepair and, along with added weight and increasingly poor health, I’ve developed a pretty serious case of self-loathing. I only go out once a week (to the store). I don’t want people to see or notice me. I look, and feel, terrible. I’m at the worst I’ve been in my entire life. Various health scares somehow hadn’t put me in the proper mindset to really do what I needed to do about it which, in this case, was to take my exercise regimen seriously again.

Back in 2006 I was in the best shape I’d ever been. I was strong. I was moderately healthy. I got out and did things. I was socially adjusted.

None of those things are currently true. And it’s a bad scene.

(I know this doesn’t seem to be about games yet, but hang tight, we’re almost there.)

In times past when I’ve gotten in shape, I’ve used certain athletes and celebrities as my inspiration (no one can argue that Jennifer Garner’s arms circa Alias weren’t amazing), but it wasn’t until I started playing Overwatch that I got the inspiration I needed to shove myself out of my comfort zone and to take action.

Overwatch has some of the strongest female characters out there, and under one IP, no less.

She scares me a little.

With her muscular build and no nonsense attitude, she is not to be messed with. She is strong.

And I love that. 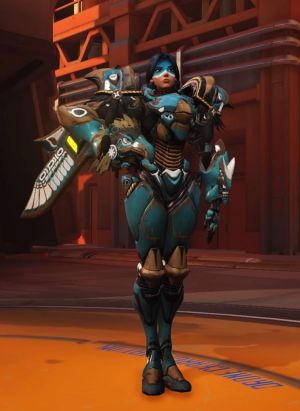 She is strong. She is powerful. And she is mobile.

Both of these characters are beautiful in their own way, but, to me, their true beauty comes from their strength. I realize these are video game characters and aren’t real people, but they inspire me.

Zarya was a character that mystified me. In the game, she is easy to pick up, yet difficult to master. When you come up against someone who really knows how to play her, they will wreck you.

I was fascinated. I wanted to figure her out and learn how to best use her unique skill set.

During my research process, I came across the following piece of Zarya fan art by Monori Rogue: 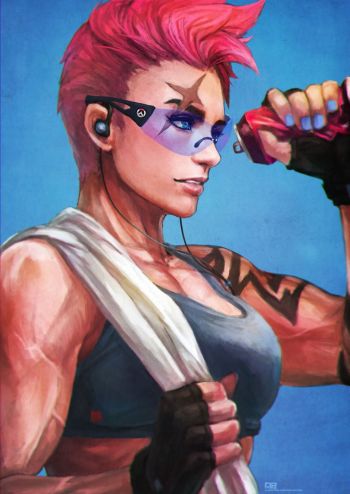 This image, this one image, somehow did what all my impotent yearning could not: it pushed me to take action with my health.

I mean, look at her! She is strong and beautiful. She takes care of herself. 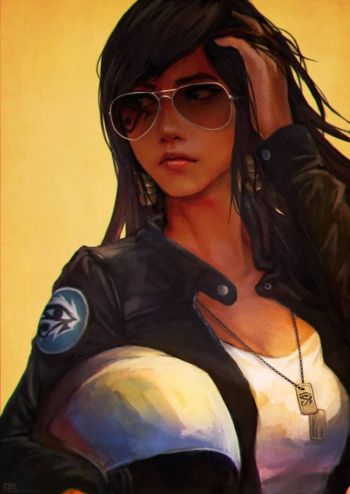 Again, the words “strong” and “beautiful” come to mind.

Pharah was a character I wasn’t very good at playing when I first started. But I liked her character so much that I forced myself to play as her just so I could learn her powerful skill set. It took a while, but I think I’m decent with her now, and she is one of my mains.

I’ve always appreciated strong characters in video games, be they male or female. Blizzard created several strong female characters in Overwatch, and I am grateful. These powerful (and imaginary!) women have lit a fire inside me to do, and be, better.

Best of all, they have inspired me to really and truly try. It’s unexpected and it’s invaluable. I can never thank Blizzard enough.

So, today, I am doing something some may find silly, but I find empowering.

Today, for the first time ever, I’m taking a photo of a video game character to the salon as inspiration.

I’m getting the Zarya (minus the pink).

I’ve never been one to fuss over my hair, and I like it short anyway. Something about that fan art image made me want to get my hair cut in a similar style to further motivate myself. I can already picture myself at the gym, sweating it out to ’80s music while getting back into the shape I (and my doctor) know I can (and should) be in.

This isn’t about vanity. This is about health of the physical and mental variety. And I feel like I’m finally on that path.

Thank you Blizzard, for your lineup of strong women in Overwatch. I never would have expected them to be the impetus to get me back on a track I’ve been off of for years, but that’s what they did.

And I’m ever so grateful.

Has a video game ever had positive real world effects on you? If so, which game? How did it effect your life?