My Microtransaction Of (Moderate) Shame 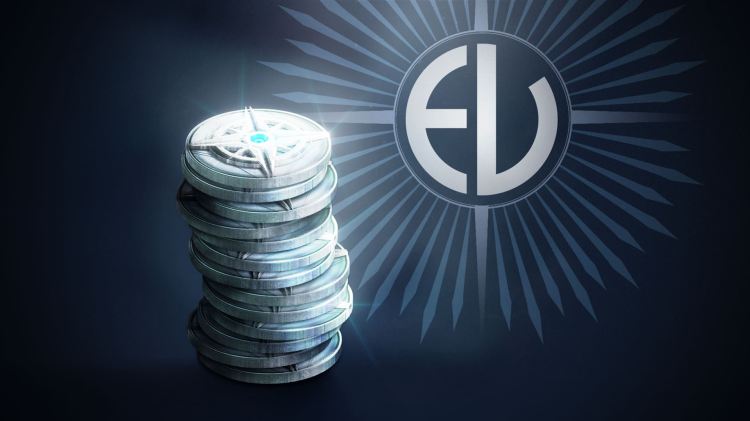 Allow me to get something out of the way right off the bat: I’m conflicted (at best) about microtransactions in games. On one hand, I understand that game developers face rising operating costs to produce the games we play and love and have to supplement their revenue in various ways, but on the other hand, sometimes microtransactions feel like a cash grab with little to offer in return. Of course the “little in return” is subjective, so, there is that.

I have never been one who has fallen prey much to microtransactions in games. I would buy the occasional costume in Little Big Planet, but otherwise, I wasn’t terribly susceptible.

A couple of months back I started playing Pokemon Shuffle on my 3DS. The game is free-to-play, but has microtransactions. After playing the game for a few weeks (and really enjoying it), I made a calculated decision to spend five dollars within the game as a show of my support of the developers. If I could have bought the game outright without limitations, I would have absolutely chosen to do that, but, without that being possible, I did what I could to show my support.

Fast forward to yesterday and Bungie’s introduction of microtransactions into Destiny.

Prior to the update that facilitated them, I was skeptical about how Destiny’s microtransactions would work out. Bungie assured the public they would be strictly for cosmetic purposes (something that has been debated recently after other information was data mined from the code), but I felt like this was only the beginning, the proverbial tip of the iceberg that would have many other items locked behind a paywall. I could foresee drop rates being cut back so items would have to be bought just to increase the drops back to what they were (and, incidentally, they made motes of light and strange coins more scarce with yesterday’s update). Better weapons and gear that could only be found either through direct purchase or through a consumable that would encourage them to drop.

Basically, turning the game into a pay-to-win scenario. Something I have zero interest in.

I may love Destiny, but if that is the direction of their microtransaction intentions, I may have to put it aside for good.

That being said, when the announcement was made about the emotes becoming available, Bungie stated that each player would get a certain amount of Silver to purchase at least a couple of them for free.

The day before the emotes went live, I saw several YouTube videos detailing exactly what the emotes would be. One of them was the Carlton dance.

I love that ridiculous dance. So I knew immediately that’s what I would choose to “buy” with my free Silver.

Until I logged in and realized the situation: 16 of the 18 emotes cost 200 Silver each, and you were given 400 Silver for free. The Carlton dance (along with one other emote) cost 500 Silver; just out of reach from the free Silver given out.

I was in a weird dilemma. I play a lot of Destiny. Though the game isn’t perfect, I enjoy it a great deal, and I thought it would be so silly to be able to Carlton whenever I wanted.

So I caved. I spent five dollars just so I could do that dance.

And I immediately felt gross. I didn’t know I’d have that reaction, but I did, and I wished I had never supported the microtransaction movement in Destiny. I have already supported the game by buying the original game on release, both DLC packs from year one, and the Legendary edition for the year two expansion. They have gotten my business. Not to mention many hundreds of my hours.

I’m not saying I regret buying the dance, but that’s absolutely what I’m saying.

Within the game, if you buy an emote you aren’t happy with, it says something about being able to return it within 30 minutes. Unfortunately, since I had to spend that five dollars on the PlayStation store prior to getting my in-game Silver, it was already too late.

So I thought I’d make the best of it. 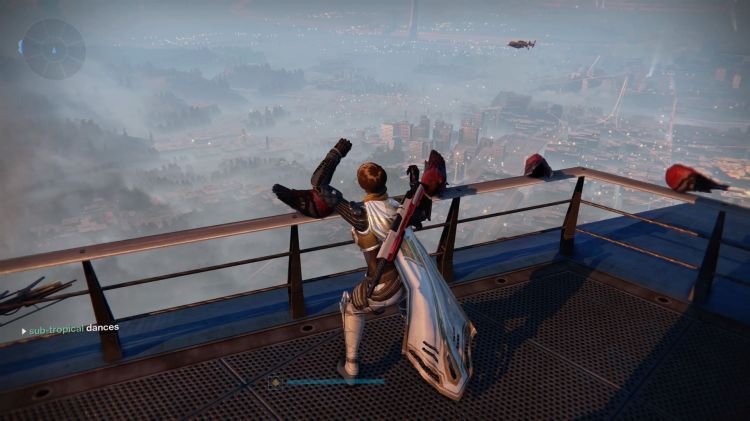 This is my Hunter, doing the Carlton with some lovely birds in the Tower. They are clearly very impressed. 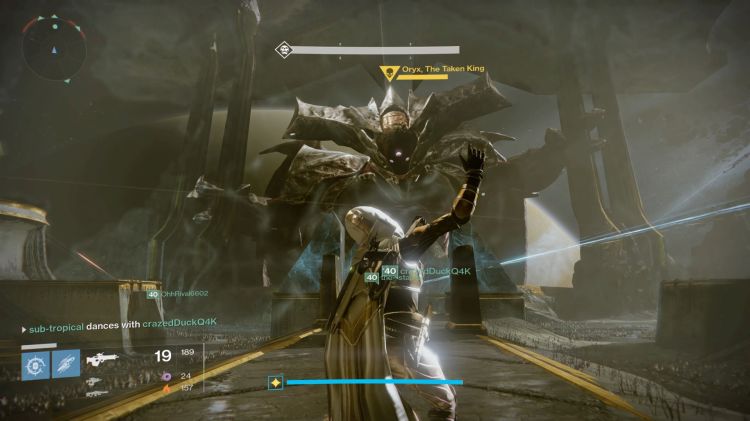 This is my Hunter doing the Carlton in the face of Oryx. He is riveted. 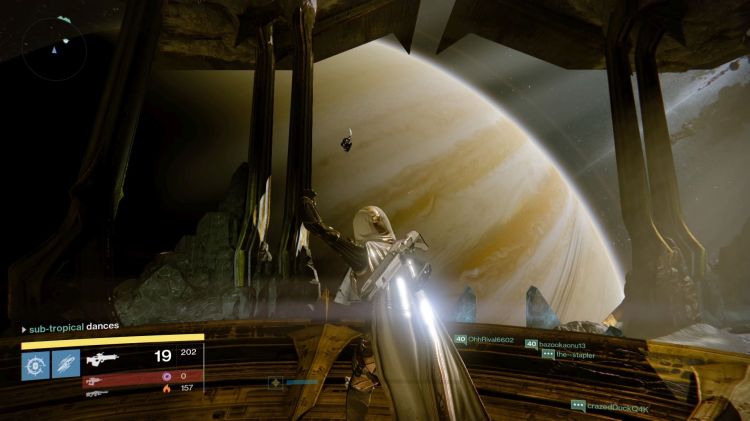 This is my Hunter doing the Carlton after defeating Oryx. Screw that guy! 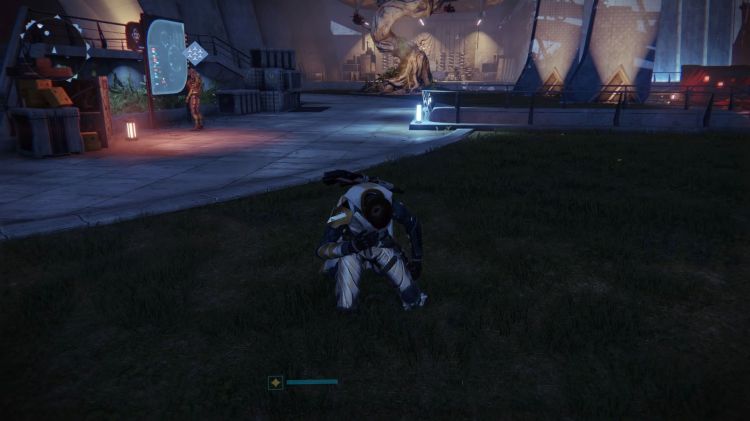 And this is my Hunter, back in the Tower, realizing what I’d done and that no matter how many places she busts into the Carlton, it won’t change that I supported microtransactions. We are both conflicted, she more openly than I.

I honestly don’t know how to feel. In the grand scheme of things, one person spending five dollars isn’t a big deal. Put together a million people doing it and it becomes a very big deal, indeed. And I suppose I feel strange that I contributed to that mass.