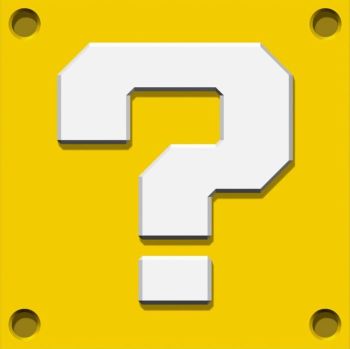 As many gamers out there can relate to, most of the people I know don’t play games. I’ve often wondered what the perception is of a gamer to those that don’t play, or who do play but with far less frequency. With the advent of mobile gaming, more and more people are some type of gamer, whether they find that to be true or not.

And here is what my friend K.G. wondered:

I have no gaming experience. None. So my bias or stereotype assumption is that is all (or most) gamers are super violent and antisocial. I’m sure this is false, but I’m not sure what is a truer picture.

She is honest and I very much appreciate that. Here we go!

First of all, thank you for seeing that there are broad ends of the spectrum. While there are certainly some gamers out there who fall into the antisocial category, it’s only a portion. What I think it really comes down to are introverted and extroverted gamers. Some gamers prefer to play a game solo (for any number of reasons), and some prefer to game in a multiplayer environment. Online gaming is where you are likely to “see” a lot more of the stereotypical gamers playing.

I know there is the assumption that all gamers drink Mountain Dew, eat Doritos, trash talk, and behave awfully. It’s true that some do on various accounts, but largely, the online space isn’t as bad as it’s made out to be (with the exception of microphone etiquette, but that is a topic for another time!). I think what concerns me are the sheer number of kids (you can tell from their voices) you encounter playing online games such as Destiny or Call of Duty.

Now Destiny is rated T for teen, but the majority of Call of Duty games are rated M for mature, which means the ESRB has rated them for ages 17+. I can guarantee you that there are plenty of kids out there playing those games (and often trash talking, sadly enough) who are nowhere near 17 years old.

Like anything else, the online gaming space should be taken with a grain of salt. Historically, I’ve met some really wonderful people while gaming online. In all the time I played Destiny (and we are talking hundreds of hours, here), I only ever blocked four people for being foul.

As for the violent aspect, I think it just isn’t true. Most people I have encountered have zero interest in ever actually touching a gun, let alone using one in reality. And these are people who love to play shooters!

I think what bothers me about the way the press portrays gaming as causing violence and such, is that it paints all gamers as completely blank canvases who are malleable to a ridiculous degree. They seem to think we have no other thoughts in our heads besides what we are shown in a game and that somehow, playing said game will invariably lead us to do terrible things.

I think what those negative outlets should acknowledge is that a person who is violent is likely going to be violent no matter what their entertainment input may be. They may be drawn to violent entertainment as a result of their nature, not as the cause of it. Whether they watch a movie, play a game, or read a book, they are still unstable in some way. What those outlets don’t seem to want to acknowledge is that most of us have relatively good heads on our shoulders and know the difference between entertainment (in any form), and reality. And that we aren’t violent at all. We simply enjoy games that allow us to problem solve, achieve objectives, etc.

Games allow us to feel productive in ways that reality sometimes can not.

I have done some ridiculous things in games. Would I ever do those things in reality? Some certainly (like feeding the creatures in Okami, or wandering the desert in Journey), but others, like shooting anything at all, I would never do. I have no desire to hold a gun, let alone fire one.

And I suppose the last thing I’d like to add is that even though there are violent games out there, there are just as many non-violent alternatives to explore. A game like Journey is an excellent example, and one I use often (please see the trailer at the conclusion of this piece).

I feel I could elaborate on this exponentially, but I believe you have the idea.

Thank you, K.G. for being open-minded and honest about your thoughts, and thank you for participating in this with me. I always look forward to discussing games, gamers, and the culture with anyone who will listen.

Tagged as: ask me, gamers, gaming