How Long Do You Give A Game?

As the end of the year gaming crunch steamrolls on with or without me, I start prioritizing which games I will put further time into.

This is easier said than done, as I suffer from a moderate attachment to the games I have started. Even if I cease having fun (if I was ever having fun to begin with), I feel I should stick it out, as money was spent to procure the game, and all kinds of time and effort were put into making said game in the first place.

The other day while my partner was playing Destiny (thus the tv was occupied), I flipped open the 3DS and popped in Yoshi’s New Island. I had seen a preview of the game and found the art style interesting. As well, I kind of love Yoshi. He is one adorable dinosaur.

While the game was cute, I didn’t find it terribly engaging. The art style didn’t come through in the way I had thought it would, and the controls were a bit floaty. I played through several levels and wondered if I should keep going.

(This about sums it up for me…)

I realized I was looking at a game where Baby Mario is in a diaper and I am crapping out a series of eggs (which are really my enemies…something I don’t want to think too much about) just to throw them at other things.

I gave it a bit more time, but I eventually grew disinterested and shut it off. And I felt bad about it. I had played perhaps 30 minutes before I closed it down. Was that enough of a chance? Probably not. Did I feel like playing more right then? Nope.

(This picture makes the game look far more interesting than it was.)

Something similar happened to me when I played Watch_Dogs earlier this year. I had been so excited for the game. I was all ready for it. And when I started, I just wasn’t feeling it.

I thought the voice acting was solid. I thought the hacking was (more or less) decent. However there were a couple of large drawbacks.

The cars all felt floaty, and in a game that is driving-centric, that’s a bit of an issue for me. After some trial and error (and lots of it) I found that the motorcycles handled the best, and I stuck with those.

The main hacking mechanic was supposed to allow you to hack into systems that would protect you while fleeing by car, however most of the time my cursor would flop around to, say, a steam vent near a bunch of people and my hasty hacking would accidentally kill them.

The game takes place in Chicago, and while I’ve never been there, the representation in the game world felt impersonal. I never got the impression that it was a living city.

I ended up playing through the first two acts and then just generally farted around doing all the side missions I could. I realized I was very nearly bored, something I am never guilty of. 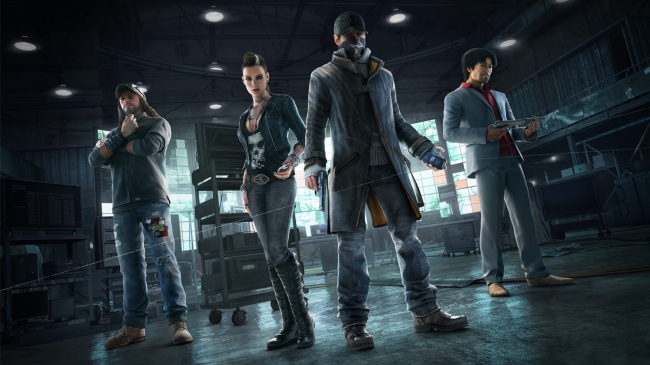 (No Doubt looks different than the last time I saw them.)

I always told myself I would dive back in and complete the game, but now I wonder. Will I really? Do I want to? Should I?

This brings me to my real question: how long do you give a game? If you stick it out, is that patience or just stubbornness? If you turn it off, are you impatient or just cognizant of how precious time is?

I honestly have no idea if I will pick these back up. My backlog is heaving with excellent games (presumably) that I’d love to devote my time to as opposed to wearily plopping back into others.

So I ask you, friends: how long do you give a game? And why?