The third, and final, installment of my “system sellers” series focuses on the Sony consoles (and handheld) and the games that pushed me into taking the leap and purchasing those systems. Below are the incredible games that brought me into the Sony fold. 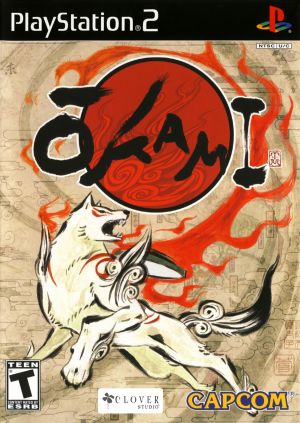 I had heard about Okami from a friend and sought it out. I was told (and had seen, via my Google searches) it was done in a traditional Japanese art style; an idea that greatly appealed to me. Art direction in games has always held special interest for me, and Okami has it in spades.

I also knew it touched on the Kami aspect of Shintoism; a topic I find fascinating. And with all the excitement I had surrounding the acquisition of this game and the PS2, I was unprepared for the moment I “cleared” my first area.

As you rid the area of evil, the entire landscape is flooded with nature in the most magical way. Cherry blossoms flow through the air like a blizzard of beauty celebrating the return of life to the area. I won’t lie, sometimes I Google those moments just to see them again.

Okami stands as one of my top ten games of all time, and I can’t see it ever getting pushed out of that designation. It’s a masterpiece of gaming.

Rating: Cherry blossoms in my face, flowers sprouting in the wake of my wolf friendbeast, and all the celestial brushstrokes. 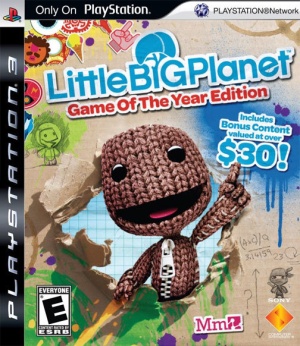 This situation is pretty amusing. I had seen an image of Sackboy (I can’t even recall where, now) and fell in love with his burlap self. I read an article in an issue of Game Informer and found both the game, and the developer (Media Molecule), to be intriguing. I ended up buying the game of the year edition of the game before I even had a PS3!

It was the very first game I played on the system (prize bubbles! costumes!), and the textures, whimsy, and innovation just blew me away. Sure, the platforming was a bit floaty, but the rest of the game more than made up for it.

This was another situation where the art direction of a game completely sold me before I’d picked up a controller. The added bonus here was that getting the PS3 brought so many more amazing games into my life. Back then, I had no current consoles, so each month when I would read Game Informer, all I could do was think wistfully about the games profiled. Sackboy reeled me into that generation.

Rating: Carrying a frying pan while wearing a Woody costume never gets old. Nor does dragging your fellow Sackfriends around.

I had known since the PS4 announcement that I wanted the system, yet I didn’t have a specific game pushing me to obtain one. Sure, I was excited for Infamous Second Son, however it didn’t seem to have the same vibe as the first two (which I had loved), and I felt a bit reserved about its release.

Since it landed in my living room a year ago, I have spent more and more time with the PS4 than any of my other systems (excepting, perhaps, the PS3), and loved just about every moment. Yes, I’m still waiting to see that “truly next gen” game where the visuals blow me away, but in the mean time, there are many exceptional games keeping me happy.

The other day someone asked me what I would consider to be next gen/current gen and the things that came to mind really made me amused:

I recall hearing the speculation that this new gen would have either minimal loads or none at all and so far I’ve mostly seen the opposite. The loading times in Destiny are long enough to do a set of squats or push ups before you get where you are going. If you think I’m kidding, think again.

Either way, I’m thrilled to experience all the PS4 has had to offer so far. I look forward to the exclusives coming next year, namely Until Dawn.

Rating: Good, and only getting better.

This was another case of owning a game before I owned a system.

My love fest with Media Molecule ensured I would want to play Tearaway any way I could. It just so happened that some incredibly generous friends bought me a Vita for my birthday last year, and the very first game I played on it was Tearaway.

As much as I was looking forward to it, I had no idea far it would knock me out of the park. Or just how moving it would be.

The game is gorgeous. I mean, knock your socks off into the atmosphere gorgeous. Some of the environments made me simply stand still and watch. The tiny details made the experience almost unbearably wonderful. And that ending. This game will always be in my top ten of all time. And I can’t wait for Tearaway Unfolded. To see this game on a bigger screen and (hopefully) enjoyed by more people is a treat I am ready for.

Rating: Squirrels serenading me into a squishy, puddle of a mess.

I am not what anyone would call a fanboy/fangirl, as I try to see the best in each system, but I’d be lying if I said some of the best experiences I’ve had gaming as an adult weren’t on Sony consoles. I have so much love and appreciation for them, and my life wouldn’t be the same without these experiences.

I hope everyone has an excellent Friday, and let’s get to it, fellow weekend warriors!