Until Dawn: A Horror Surprise

On Wednesday the 10th, I attended the GameStop Expo 2014 and by far the biggest surprise of the show (for me) was Supermassive’s Until Dawn.

This certainly wasn’t the first I’d heard of the game. In fact, I’d had it on preorder nearly two years ago from Amazon when it was a PS3 and PS Move exclusive title. Since then, it’s been retooled for PS4 (it’s an exclusive) and makes great use of the DS4 controller. 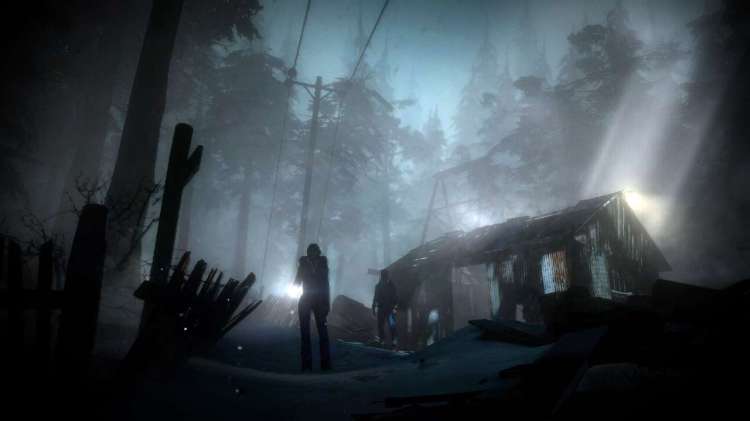 The original listing for the game stated “The game follows a group of 8 teenagers as they spend the night in a log cabin on the anniversary of the death of one of their friends, unaware that they are being hunted by a crazed serial killer.” However, in my time with the demo, it was obvious that the game has transitioned locations to what looks to be a far larger locale. The atmosphere was heavy, and the mood was very much that of the first act of a horror movie.

I’m all about it.

What did surprise me was how much I’d enjoy my time with Until Dawn.

At the beginning of the demo, there were a series of questions to answer: Do I play the male or female role in games? Do I find movies or games scarier? Do I play games in the dark or with lights on? All these answers influence the gameplay for that particular player.

As the game progresses, there are dynamic choices to make. For instance, do I follow my friend to investigate a blood trail, or do I go my own way to investigate what looks like another friend in the distance? How these choices ultimately effect the outcome, I don’t know. In my time with the Sony rep, I asked how many possible outcomes of the game there were, and was told they are numerous (no exact number was given). I was told that you can conclude the game with a varying number of survivors, which intrigues me. I was also told you can play as all eight characters, but it was unclear if this could be done on one playthrough.

Another surprise was the Heavy Rain-like aspect of the choices you have to make. Some are timed, some are not. I’m looking forward to finding out how the consequences ripple through the story.

Within the game, the DS4 functions as your flashlight, and it shines according to where you have the controller aimed. This mechanic didn’t take long to adapt to, and had a slick effect.

There are limited combat encounters and they also play very much like Heavy Rain. One in particular popped up and was definitely startling. I have a feeling the game will be good at that, throughout.

I love horror movies, and this game, even in the limited amount of time I had with it (the demo was around 20 minutes), was the closest thing I’ve seen to a good horror movie. It was damp, dark, creepy, creaky, and unnerving. There were moments that made me want to know more about the story, and I eagerly await a release date.

Below, please find the Gamescom trailer from last month for a closer look.