i am a great believer in a sense of occasion, and i suppose that’s one of the main reasons i’m drawn to midnight releases (and the game experiences, of course).

the first midnight release i attended was for borderlands 2. i was so hyped (and hyper, let’s be honest) for that game, i could barely contain myself. i had the ultimate loot chest edition preordered from amazon, and in addition, i preordered a vanilla copy from gamestop just so i could go to the launch and play it as early as humanly possible.

prior to that night, i was watching every new trailer multiple times. i was scouring my google alerts each day. i was all about that game. i was focused.

i convinced my brother (in another state) to attend a midnight release for his copy so we could play right away. we had played hundreds of hours of the first borderlands together online and were both looking forward to starting the sequel as soon as possible.

some friends joined in at the gamestop, and the atmosphere was stellar. the mood outside was jovial. the gamestop crew bought us all pizza and sodas which added to the festive atmosphere. it was a party claptrap would have been proud to attend (though i suppose that’s not saying much!).

i arrived quite early in the evening to ensure i was first in line (no one was getting their copy before me) and as soon as i had it in my hands, i practically ran out of the store to the car. i had already calculated the shortest route home, and as soon as i got there, i started the installation. my brother and i got about an hour into it before we were both ready to conk out. 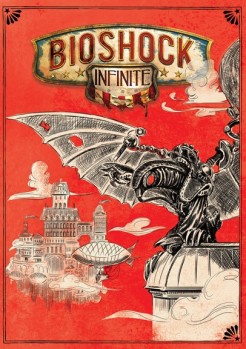 the second midnight release i attended was for bioshock infinite. i had been so intent on that game; each delay by the studio made me groan. i completely understand when a studio delays a game, but it doesn’t make the wait any more bearable.

that midnight release was better than the previous. the same friends went. this gamestop (a bigger and closer store than the previous) also surprised us all with pizza, sodas, and bioshock-related goods.

again, i made sure i was first in line, and again, as soon as i had that game in my hands, i raced home (safely). i played it all night long (this time i was prepared and took a disco nap earlier in the day), and into the next day.

i’d love to hear stories of midnight releases if anyone has one! the more games i play, the more i find they bring people together.