Hilariously Picking Up Where I Left Off 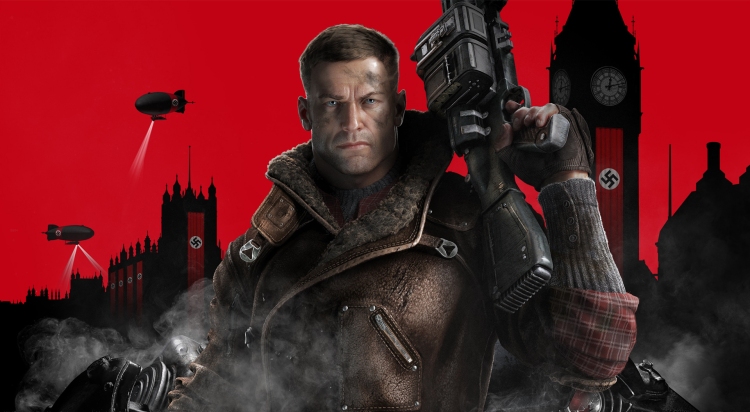 Sometimes, for whatever reason, I start a game I’m excited about and wind up putting it down for an extended period.

When The Witcher 3: Wild Hunt released, I got about 20 hours in, but, for some reason, put it down. I picked it back up nearly a year later and I was so lost. I had wondered if I should start it over, but I felt like 20 hours was a decent enough chunk of time that I should just hop back in, suck up the weirdness, and carry on.

Which is what I did.

Holy hell, those first few hours back I was overwhelmed with confusion. I didn’t know where to go, or what I had been doing or how all the systems worked or how I should plan my attacks and signs and such. It took a while to get my bearings but, once I did, I had a glorious time.

Fast forward to yesterday when I finally picked Wolfenstein: The New Order back up after starting it many months ago and abruptly stopping.

Before I put it down, I had gotten a few hours into it.

The only other Wolfenstein I’d played was the 2009 Wolfenstein, which I quite liked. I’d been able to use an array of weapons throughout the game, and I’d had a good time with it.

In The New Order, I was a little disappointed to find a mostly stealth approach appeared to be the way to go. I have the game on normal difficulty, and I found unless I did my best to stealth every level, as soon as I was spotted, there was very little chance of making it out of the situation alive.

I should probably digress here for a moment and say I’ve never been terribly into stealth in games. The occasional stealth level? No problem. But a game where most of the time I’ve been resigned to crouching and creeping around corners? It’s just not for me. I’m a huge fan of the “run in and wreak havoc” approach. I like to rush in and clear an area. That’s just my style. If I have to hang back and pick enemies off one by one, so be it. But spending a majority of a game crouched and careful? It’s just not my bag.

So when I booted The New Order back up yesterday, I somehow forgot that I needed to stealth, rushed in, was immediately spotted, and died.

I tried again. I crouched my way through, took down some of the Nazis in my way, wound up being spotted from afar, and pretty quickly died.

Third time in, I was careful and crept around. I made it through. Then I was almost immediately on a train being asked some weird questions, all so I could take some coffee to a lady person in a private train cabin. Before I knew it, I was adjusting my eyes to my lady friend apparently having sex with me, and boy oh boy I’ve never seen a convincing sex scene in a video game or at least one that didn’t make me feel instantly awkward.

So now I’m in the thick of the game (I think), and I am still trying to find my bearings. I’m not super comfortable with the control scheme again yet, and I find I’m consulting the menus to figure out what skills I need to be working on and how pretty regularly.

In a word: I feel lost and confused and slightly awkward.

What do you usually do when you’ve put a game down? When you go back to it, do you tend to start over from the beginning? Or do you pick up where you left off and embrace the inevitable confusion?

Tagged as: going back to a game, hiatus, stealth, the new order, wolfenstein