Will This Affect The Way We Play? 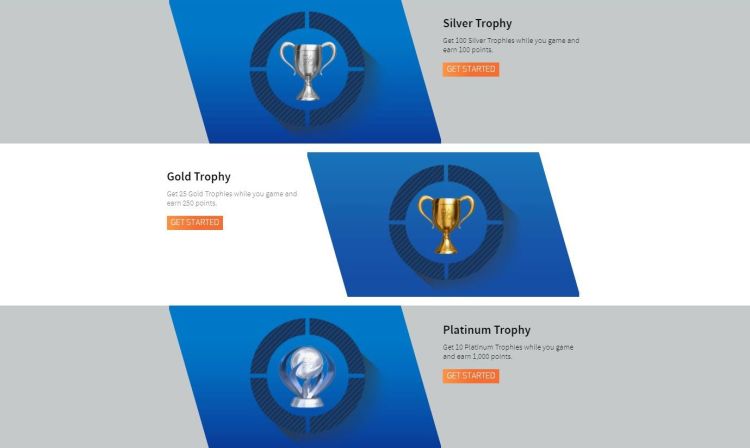 Recently Sony announced an update to the Sony Rewards program. In addition to the standard ways points can be earned (mainly through purchases on the PlayStation Store), there is now an intriguing alternative to generating points: getting trophies.

Most platinum and gold trophies (and certainly some silver) can take a decent chunk of time to acquire. I’m not sure the trade-off for points (which can be used for any number of things including PlayStation Store purchases) is large enough that this will change the way players approach games and trophy hunting, but it got me thinking.

I am not what I would consider a trophy hunter. If I am nearing the end of a game, I will likely take a quick glance at the trophy list to see if there are any low-hanging fruit trophies to be had. I seldom go for a platinum. I think I have earned six platinum trophies ever; two of those were for the same game, albeit on different generations of Sony consoles.

But would knowing there was a real-world benefit to obtaining those trophies push me to game a little differently just to collect them for PlayStation points?

I am already torn on trophies. I love the little “ding!” and the clever (well, mostly clever) names of the trophies. I love building up my modest PlayStation “score” (or whatever it’s called; rank?). I love seeing the trophies my friends earn on the “What’s New” section of the main PS4 menu.

But sometimes I wonder if trophies are changing the way we game.

Case in point: my partner and I used to share a system and an ID (this is back from the PS3 days). If he played a game before I did and already popped most of the trophies, I found my excitement to play that particular game slightly lessened. Why is that? A game is still worth playing. Do I need something tangible (as tangible as a digital trophy can be, I suppose) to prove I’ve played something? I don’t think so. Yet those feelings were there, and I bothered myself a bit with my reaction.

When I’m playing my 3DS, or any Nintendo game for that matter, I don’t care that there aren’t trophies or achievements. Just today I was bopping around in Animal Crossing: New Leaf, a game I enjoy playing simply to play it. I’ve long since gotten and done everything, yet I still love playing it. I have to ask myself: would the circumstances be the same if I were revisiting a game on my PS4?

I think of all my time with Destiny (the first game) and I think, perhaps, the circumstances were very recently the same.

I do wonder if anyone will be going hard on getting as many trophies as possible while Sony is offering this promotion.

Do you think the update to Sony Rewards will affect how you play (if you play on their platforms)? Or do you anticipate no changes to your current playstyle?

With that I also ask: what will you be playing this weekend?

I hope to be finishing Wolfenstein: The New Order (I was waylaid due to my injured thumb so I didn’t play anything for four days), so I can move right into The New Colossus. I’m also feeling the intense pull to start Persona 5 or NieR: Automata. And, of course, I quite want to start Assassin’s Creed: Origins.

Here’s hoping I’m productive with my gaming this weekend!

Cheers, friends, and please be safe out there.