My Silly Wish For Avatars And Themes 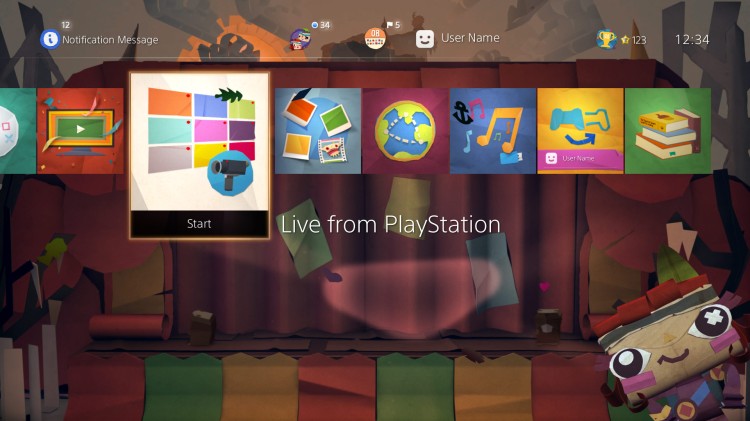 Back when the PS3 was my most frequented system, I remember exploring the PlayStation store and discovering themes. I’m a hugely visual person (and love art), so I was immediately excited at the prospect of painting my television in any number of lovely images both gaming related and not.

A couple of my favorite themes for the PS3 were nature related. One was a dynamic theme of a beach in Madagascar (I believe? But don’t quote me on that.), and the other was called something like “fireflies.” I loved being able to change the theme and instantly having a giant dynamic image to color my living room.

(Amusing side note: we have no windows in our living room due to how our apartment is structured, so these themes provide even more loveliness in an artificially lit scenario.)

I can recall certain games coming with either a static or dynamic theme and being all excited to apply them and see what new wonders were in store. I liked being able to change up the visual of the XMB menu based on what I was playing at the time.

Which brings me to my silly wish.

I remember back when I played LittleBigPlanet 2, I unlocked a few avatars to use and that delighted me. This process got me wishing more games did something similar. I wish, when you finished a game, in addition to whatever trophies/achievements you earned, that you would also unlock a couple of avatars and a special theme. A sort of reward for making it through said game.

Now I know that’s an inconsequential thing, but I know so many people who share their digital successes online, and, in addition to being able to do that, it would be so much fun to have a special avatar to let people know you completed a game and enjoyed it. A special theme would be the icing on that cake, a visual delight just for you.

Of course, I say this and I have no idea how much actual work is involved in making a dynamic theme. I assume the avatar/theme bonus isn’t a thing since a developer can make a little extra from selling such items on the applicable storefront as opposed to giving them away.

I’m also a bit amused at this idea, as I tend to stick with one theme. My favorite is the one seen above and it was completely free on the PlayStation store. Whether or not you’ve played Tearaway (or Tearaway: Unfolded), the dynamic theme is adorable on its own merits. It has a papery day/night cycle on the upper screen, a sweet theatre setting with gophers on the bottom screen (and Atoi makes a periodic appearance!), and themed icons for everything other than communities, as they were added well after this theme was released. Add in the papery shapes falling from the “sky” and you have a wonderfully themed theme.

Have you ever come across a game where you were rewarded for playing it with avatars or a theme or both? If so, which game/s? What do you think of themes and avatars? Which have been your favorites?