The Park (developed and published by Funcom as a spin-off of The Secret World), is a first-person exploration game where you are tasked to find your son in a closed amusement park. The game begins in the parking lot of Atlantic Island Park, and, as you are conversing with the ticket booth attendant, your son, Callum, sneaks past you and runs through the park gates. Catching up to him is your first priority.

Were it only so easy.

Walking (and sprinting, when available) from attraction to attraction in your search for Callum, you have the option to call out to him, but it never puts him within your grasp. You may catch a glimpse of him, but catching up to him isn’t as simple as it sounds.

Throughout the park, you find various documents (e.g.: journal entries, police reports) which provide you with hints of backstory on what might be going on at Atlantic Island Park. Certain documents are more disturbing than others, and some are simply curious. As you progress through the game, the documents become more revealing, but somehow still allow room for a bit of interpretation. The only downside to the documents is the incredibly small text, even on a large screen.

The atmosphere is spot on. Carnivals and amusement parks are frequently used as creepy locations, and it is done here to great effect. One of the first attractions you pass, you can’t enter at that stage, and the building looms over you, quietly, menacingly, and effectively. No matter what other attractions you are exploring in the game, you know you will eventually have to return to the first… 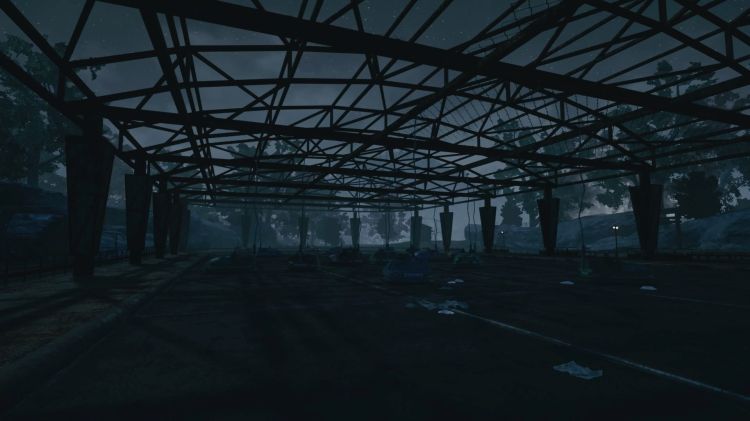 The Park is a slow burn. It is a slow burn much in the same way certain horror movies are (e.g.: House of the Devil). I found myself wondering if I was missing something in the first 30 minutes; it seemed awfully slow to pick up the pace. Upon completion, I very much understand what the development team was going for: an unnerving climb to a place of great tension.

And they did it superbly.

As such, the sound design played a significant role in the experience. At first, there were spare sounds: your footsteps, random quiet noises. But by the time I reached the last area of the game, the sound design had reached a subtle fever pitch that was so unnerving, I just wanted whatever horrible thing that was going to happen, to happen.

(I shy from over-explaining, as this is a game where too much foreknowledge could potentially ruin the experience. If you find these words vague at times, it is a deliberate choice.)

The controls are simple throughout, and generally responsive. You may either walk or sprint, but the latter option is unavailable during story narrative where your character is thinking out loud. I assume this was done so you couldn’t rush from place to place without hearing the full story between each location. Your only other controls are to interact with various objects, and to call to Callum. 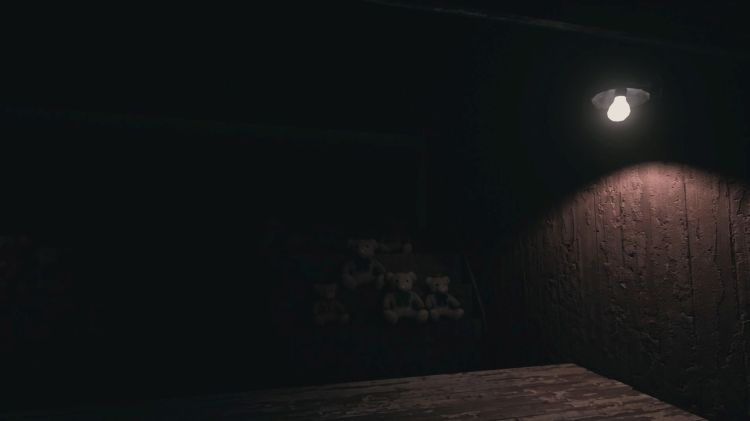 I keep coming back to the slow burn aspect of The Park, and I do so for good reason: this is one of the better examples of it being done well in recent memory. Nothing terribly out of the ordinary may happen for a while, but if you look closely and pay attention to your surroundings at all times, you will start to notice something sinister at work. Is it reality? Is it your character’s imagination? Or is it something else entirely? There are moments when you question what you just saw. Was it a shadow? Or a person? Or, again, something else entirely? These moments beg more questions: what are you seeing and why won’t your son wait for you?

The game provided a couple of solid jump scares, but where it really shines is in its disturbing late game narrative. Without spoiling the story, there is a solid nod to P.T. that I found so well done, I was exploring and examining everything I could. The more I looked, the more unnerved I became. Everything came together in a way that still has me thinking of the game days after I’ve completed it. The more I think about it, the more highly I think of the game.

The Park is difficult to explain without over-explaining. Some of the best moments in the game might not have been as effective had I known what was coming. They are best experienced without foreknowledge.

Certain games over the years have stuck with me long after the conclusion, and this appears to be one of them. I can see myself playing this again in the future, even knowing the outcome and that I will have to, once again, push through the mounting dread of the experience.

It’s worth a visit to The Park.