Don’t Try This At Home: My Conquest Of A Sweet Valley High Milestone 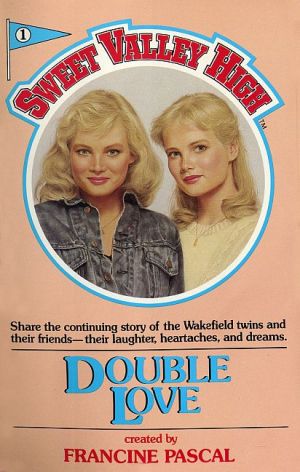 A couple of years ago I got it into my head that I wanted to read the entire Baby-Sitters Club (BSC) series. So I did.

More on that at a later, and better, time.

After I completed the task (which was less task and more treat), I naturally turned to another series I had frequented during my adolescence: Sweet Valley Twins.

So I found the first 20 books or so on eBay, and even though they were short, I couldn’t make it more than five in before I had to stop. They were terrible.

Allow me to diverge from the main path here and say that I didn’t take either of those endeavors lightly. When I was growing up, I couldn’t read enough. But that hasn’t changed.

Money wasn’t in abundant supply in my family, and any time I could get a new book, it was an incredible treat. There was no way we could ever afford for me to get all of the books in a series, so I would pick and choose which I wanted to read most. That being said, there were huge gaps in my knowledge of both The Baby-Sitters Club as well as Sweet Valley Twins.

This could also be said for Sweet Valley High.

When I started in on my BSC quest, I had no idea just how long it would take me to acquire each book. The first 50 I got in a set (and might I say, the quality of the condition of each book was quite important to me, so this held up my process). The same could be said for when I made the decision to amass the SVH series.

Now when I started in on SVH, my intention had been to read the entire series.

Then I looked up just how many books that would be.

All told, there are 181 books in the Sweet Valley High universe.

Last year when I started in on this crapfest, I didn’t know what to expect. Sometimes the things we loved when we were growing up don’t hold up so well (I’m looking at you, Jem!), but I wanted to keep an open mind.

But these books are the worst.

I mean it. The worst.

I do not try to read crazy crap into things that aren’t there. But these books…how any of us who read them turned out okay is impressive.

Jessica is a borderline sociopath. Seriously. And Elizabeth is an enabling doormat to her sister’s endless plotting. It’s actually kind of gross.

Everyone in these books is either fabulously wealthy (and no doubt beautiful beyond measure), or laughably poor and living, literally, on the wrong side of the tracks.

In my life, outside of this series, I can only think of one book that was so bad it made me laugh out loud and roll my eyes, but in this series, that occurred as I was reading nearly every book. Sometimes the writing was so bad I just didn’t know how to process it.

And I read so many of these books.

As I said, when I started out, I was going to read the entire series. But then I realized that would simply be so I could say I did it, and not because I was enjoying it. So I amended that plan to read books #1 (Double Love, as seen above) through #100 (The Evil Twin, as seen below). 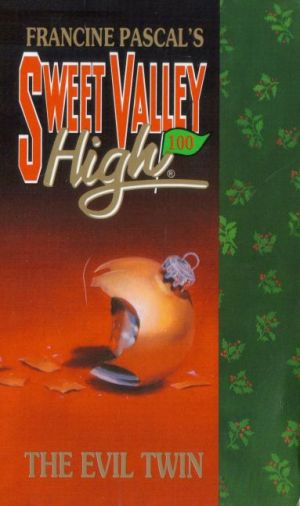 Obtaining each book was a costly and time-consuming affair. As I was reading through them, I would often wonder, sometimes aloud, “Oh what the hell am I doing?”

What a terrific use of time!

But why stop there? 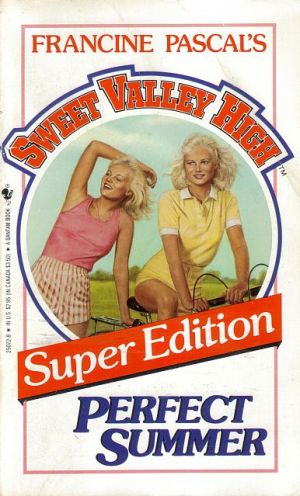 But I didn’t stop there! 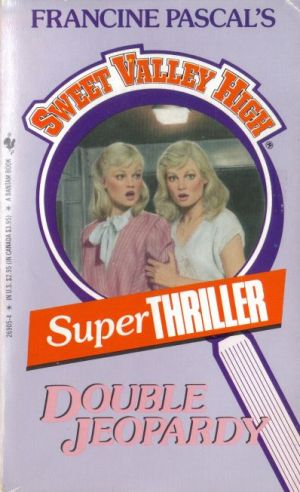 Double Jeopardy
On The Run
No Place To Hide
Deadly Summer

If you do the math, that’s 100 of the regular series, plus the six Super Editions, plus the four Super Thrillers, and that makes 110 books.

I am astonished that I read that many, if only for the fact that these books are not good. And they set a terrible example for whatever impressionable girls picked them up. I mean the reading level on these was grade six.

That means these were aimed at girls roughly the age of twelve.

I have no idea what Francine Pascal was thinking.

I have no idea what I was thinking for reading this many. As an adult. Who knows better.

In conclusion, if you were ever thinking about going back to revisit these books, I caution you with a hardy “OHMYGOD DON’T DO THAT!” and encourage you to simply look at the Wikipedia page for the series instead. It’s faster, cheaper, and your eyes won’t have to endure the strain of multiple rollings.

Oh the lengths I will go to for reading and curiosity.

Sweet Valley sucks. Twins. High. Both are terrible. Both are the worst. One is just a more grown-up version of worst.

And now I know.

And I can’t unknow.