My Epitome Of Co-Op Greatness 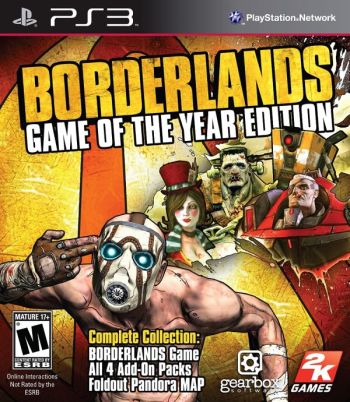 As some of you may know, I was late to get on the last gen bandwagon. I didn’t get my PS3 until January of 2010, and only then because I couldn’t not play Little Big Planet any longer. I bought the game of the year edition of it before I ever had the system to play it on. Silly, but true.

Over the next six months, I accumulated many games, but it wasn’t until late in 2010 that I heard about Borderlands.

My partner and I both worked at the same company and every Friday after work, we would go get pizza (holy good gravy do I love pizza), and while we waited for it to be prepared, we would walk the 50 feet to the GameStop in the same strip mall to look for games. This was both wonderful and awful, as we got a ton of great games, but generally far more than we could ever get to in a reasonable amount of time.

On this particular occasion (it was near the end of October), we were perusing the PS3 selection of games and one of the employees came over and asked if we needed any help. I remember telling him something to the effect of, “Oh, we’re just looking for some decent co-op games.”

He got super excited and started telling us about Borderlands, and thrust a copy of the game of the year edition at me. I looked at it and put it back on the shelf, not all that interested in it. This guy felt sure I’d like it, but I just wasn’t feeling it. We didn’t buy it that day and it was out of my mind for a bit.

It wasn’t until late in November that I decided to order it (for some unknown reason) on Amazon. It arrived, I filed it, and didn’t do anything with it until February of 2011. And once we popped it in the system, OH BOY. 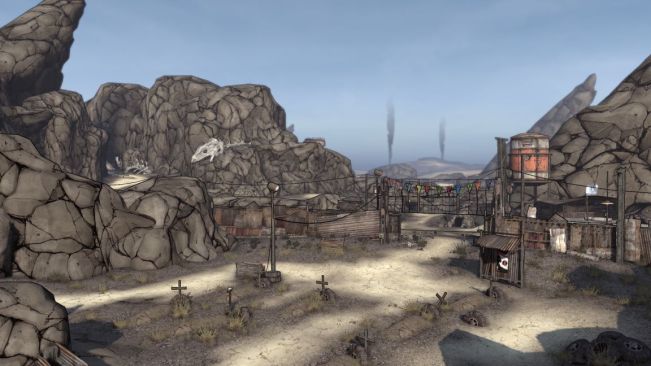 We were hooked. My partner and I both love video games, and to be able to play this together was like every wonderful holiday plus desserts plus rainbows plus exuberant happiness. We couldn’t put it down. We lived, breathed, and ate Borderlands. We would go to work, talk about it at lunch, come home, play it until very late (or early, depending on how you see it), and so on. On the weekends we were playing so much of it, it was amazing. Take out food is probably the reason we are still alive.

I was even dreaming about it, no joke. In my mind I would see the loot scattered across the battlefield and seek out the orange items to snarf up.

We had stuck to the main campaign, but I recall one night I fell asleep on the couch and when I woke up, I found my partner playing The Zombie Island of Dr. Ned and I was like, “Whaaaaaaaaat???!!! You are playing it without me???!!!” So then we immediately started playing the DLC together. From what I had seen him play, I knew I wanted to dive in, even though we had planned on tackling the DLC after we finished the main game.

There was so much to love about the experience. Working together was at the foundation for sure. We both enjoyed the spare environment and the humor that was to be found if you read the mission details and the mission items. The abundance of ridiculous weapons (and loot in general) was enticing and glorious.

Our favorite pairing was when he played as Brick (I adore Brick) and I played as Mordecai (it should be said that we’ve played through the entire game on multiple characters and completed it nearly a dozen times). Brick’s abbreviated and economic use of the English language never failed to amuse the crap out of me, and Mordecai (and of course Bloodwing) was the perfect compliment to his…exuberance. 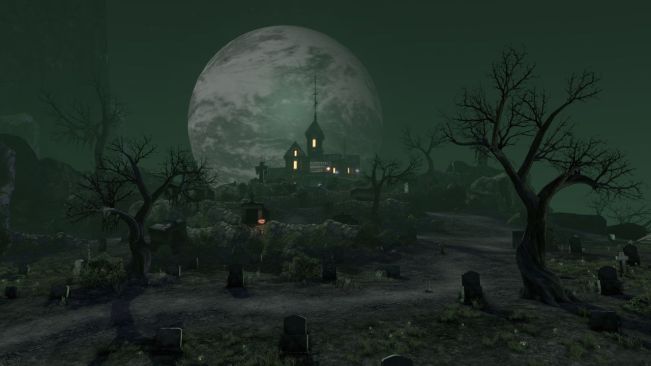 And the DLC. The DLC was completely solid (excepting Moxxi’s Underdome which neither of us cared much for), atmospheric, and a blast to play. I loved the three main DLC packs (I still don’t much consider the Underdome to be on par with the other three), but I think I was most drawn to Claptrap’s New Robot Revolution (there was something hilarious about taking them down and finding a plethora of panties, pizza slices, and fish in bags across the battlefield). The Zombie Island of Dr. Ned wasn’t far behind. My only real beef with The Secret Armory of General Knoxx was the excessive amount of driving involved.

Borderlands still reigns supreme as the very best co-op experience we’ve had (I asked him just to double-check his opinion hadn’t changed in the past few years; it hasn’t). It was the exact right game at the exact right time with the exact right humor. I’m so happy it’s a memory that can be revisited whenever we wish.

And now (as if I needed a reason) I want to play it again. Immediately. Borderlands, here I come!