Borderlands: The Handsome Collection, Why Must You Omit The First Entry? 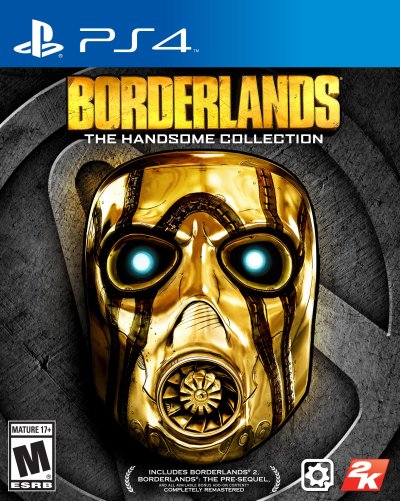 Due to a leak from the Australian ratings board, the world sort of knew early that an HD remaster of the Borderlands series would likely be hitting new gen consoles. Yesterday, that rumor was confirmed, however the collection isn’t as complete as some of us would have liked.

The Handsome Collection (hitting stores on March 24th of this year) will include Borderlands 2, Borderlands: The Pre Sequel, and all DLC released for both, however there is not even a whiff of the first Borderlands. This was a bit disappointing, as that is my (and many others) favorite Borderlands of them all.

There will also be one of the most interesting (and ridiculously priced) collector’s editions for a game release: a $399 package which includes an actual working, remote controlled, claptrap.

Sure, there are additions to this new gen version, such as the ability to play four-player splitscreen, as well as the ability to transfer your last gen game data to the new release (on the same family of systems), however the most memorable part of this release is the omission of the first entry.

I’ve already read some speculation that the first will make its way onto the new gen at some point, but again, that’s another rumor. I suppose I just don’t see a point in bringing two-thirds of a game’s library to the new gen platforms, only to omit where it all began.

Will I be on board for this Handsome Collection? Likely.

Will I still be wishing I could play my favorite entry in the series? Definitely.

I look forward to the idea that perhaps, one day, we can all play the original Borderlands on the new gen consoles.

For more on this release, please see the Gearbox Software announcement.