i suppose it’s been inevitable up until now…the idea of console wars. but i, for one, will never be on board.

i find myself in the role of ‘diffuser’ a lot. in forums and in other life ventures, i’m often the one who is the ‘peacemaker.’ it’s not always the easiest role to play, but it is the one i am most comfortable with.

when the next gen (well, now current gen) systems were announced, it seemed the predominant statement i was seeing in headlines was “who will win the console wars?!”

i’m here to question…why is it a war? it doesn’t have to be. friendly competition? sure. important to shareholders? absolutely. but a war?

i’ve often wondered why this mindset takes hold. why there are ‘fanboys’ and ‘fangirls.’ what i honestly think it boils down to, are people wanting justification that their purchase, whichever it was, was the ‘right’ one. in this day, age, and economy, we want to know that our limited resource (money) was spent wisely.

now don’t get me wrong, i think enthusiasm is bitchin’ and i support it all day long. what i don’t support, are people who go to great lengths to make others feel terrible about alternate choices.

most people won’t have every console and every game. they are likely to feel allegiance to their picks as a way to justify those purchases/choices. and i get that. i do.

i just wish being open-minded were a teensy more prevalent in some circles.

i get being conscious of finances, especially where games are concerned. consoles are expensive. games are expensive (nevermind collectors editions!), dlc is expensive, and peripherals are expensive. but gamers are a passionate bunch, and they will usually find a way (and a sale) to help them play the games they are interested in.

for me, prior to current gen, it was always a particular game that sold me on a system. super mario bros. 2 for the NES. mario kart double dash for the gamecube. halo for the xbox. okami for the ps2. little big planet for the ps3. alan wake for the xbox 360. animal crossing new leaf for the 3ds. tearaway for the vita. and you know what? i’ve never been disappointed with those choices.

i’m also not disappointed with my choices for the current gen systems, though no particular game sold me on either console. i just wanted the ability to have whatever future experience i wanted for whatever system it released on.

i am BIG on experiences.

i feel incredibly fortunate to have the current gen consoles. each one has its strengths, and i’m grateful to the developers out there creating them for us. it’s kind of amazing when you stop to think about it.

so even though sales numbers are important to companies, what matters to me is that we all voluntarily get to experience video games. no one is forcing us to play. it is a beautiful and creative world we get to partake in. and i’m entirely grateful.

so i shall conclude this post with my happiness about each current gen console. there is a lot to love. :)

i’m not going to lie, i prefer sony consoles; the controllers just make more sense to me. they are light, comfortable, and easy to use. i prefer the interface (both of the xmb on ps3, and the…whatever you want to call it menu of the ps4…wait, just checked. it’s called a ‘dynamic menu.’). i prefer the exclusives (in general), and the abundance of indie titles. i find that the playstation network continues to improve, and the value of playstation+ has been terrific for me. 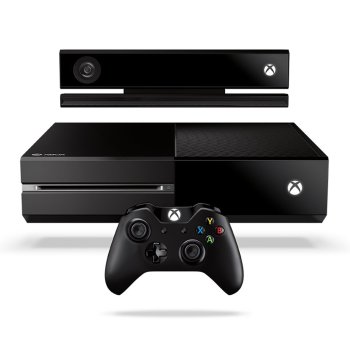 i think the xbox one is a slick machine. that being said, the only game i’ve actually played on it (so far) is peggle 2. i have a windows phone, which i quite like, and the interface of the one is nearly identical. i’m also a fan of how xbox live functions.

i got the titanfall bundle, which included the kinect, and while it’s gotten a lot of flak, i’m glad i have it. i’ve been super looking forward to fantasia: music evolved, and the kinect is necessary for that title. i’m also very excited about some of the indie games they announced, specifically cuphead.

and i’m looking forward to playing dead rising 3 this weekend!

i’ve not be a fan of the gamepad in general (that battery life!), however when mario kart 8 released, i was able to use the classic controllers, and i feel like it jump started the system for me. that may sound silly, but it’s true.

i’m excited for toad’s treasure tracker, yoshi’s wooly world, and of course, the next installment of the zelda franchise. the only negative aspects are the release dates being fairly far out.

when i heard about animal crossing new leaf, i wanted to play it so badly that i ended up getting the animal crossing edition of the handheld (it took patience and a lot of internet cruising to find a new one for less than a zillion dollars). i immediately fell in love with animal crossing (this was the first time i’d played any in the series), but i had no idea just how much i would love this system.

there are so many excellent games. and the ability to play ds games (a system i never had) was an unexpected bonus (okamiden!). i find that i use this more than any handheld i’ve ever had, and that includes the original gameboy. 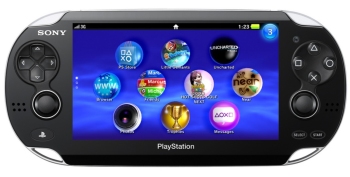 when i heard media molecule was making tearaway exclusively for the vita, i knew i wanted one. badly. i ended up getting one as a birthday present (quite the present!), and it happened to surprise me on the same day of the ps4 release. i was overwhelmed with shiny technology. :)

tearaway was a brilliant in ways i didn’t expect, and i can’t wait to play the ps4 version whenever it drops. seeing that art direction on a larger screen will be fluffy brain candy.

while i agree with many that the vita hasn’t gotten terrific support from sony, there are a lot of games that i’m looking forward to playing on it. danganronpa being one of them.