Why Do I Buy So Many Freaking Games?! 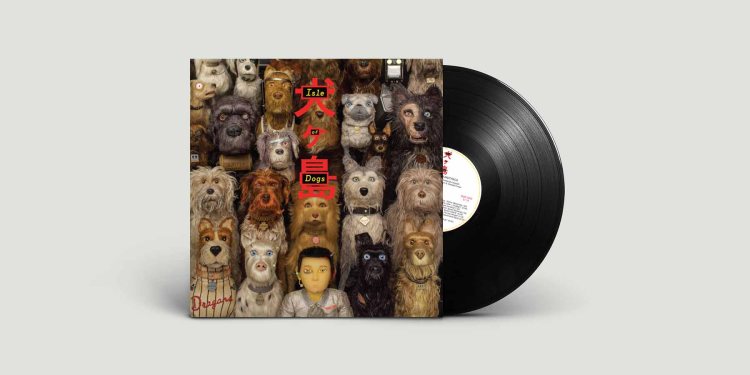 Before we get anywhere, allow me to say: I know that’s a record album (above) and not a game. I mean, I’m so old, I used to play games via cassette on PC back in the day, but that picture is just what it appears to be: a record.

It’s the soundtrack to Isle of Dogs, the Wes Anderson film from earlier this year.

I haven’t seen it.

To be fair, my partner and I super rarely get to the movies here. They are expensive and, without fail, people are often rude there. People will talk at full volume to each other, play with their phones, and, once, a group of people decided that, even though the theatre was nearly empty, they wanted to come sit right next to me and drink the beers they had brought in with them. They were sloppy drunks and the whole experience was loud, socially uncomfortable, and, needless to say, distracting.

Yeah. We don’t wind up at the movie theatre that often. I’d rather wait until whatever movie it is releases on Blu-ray so we can watch it at home where there are far more creature comforts and far less drunk people breathing on my face.

I adore dogs. I adore Wes Anderson films. I have been looking forward to finally seeing the film when it releases on Blu-ray next month.

I received a notification from Amazon yesterday letting me know the Isle of Dogs soundtrack on vinyl that I pre-ordered was sent out to me.

Except I’d forgotten I’d pre-ordered it.

Yes, I’d pre-ordered it before I’d ever heard it.

I shake my head at myself.

I buy too many.

Allow me to use my partner as juxtaposition: the games he buys, he plays. Even if he doesn’t play a game right away, he still plays it sooner than later. And he certainly plays it faster than I do.

He has multiple jobs, takes classes for funsies, and still plays more games than I do.

His time management skills are amazing.

Anyway, I started thinking about the ridiculous amount of games I’ve amassed and how I have genuine intentions of playing each one, yet I’m the worst at starting in on new games.

I do the same thing with books. Or, I should say, I go through phases of where I do that with books. When my anxiety and depression are in overdrive, I find myself playing comfort games (e.g.: Destiny) and reading comfort books (e.g.: The Baby-Sitters Club series). I rewatch my favorite horror movies. And it’s only when I realize how many hours I’ve squandered away on media I’ve already consumed, that I, almost out of shame, manage to break the cycle and play/read/watch something new.

I am the worst.

Each Tuesday on the PlayStation Store, I look through the new releases, the new deals, the new add-ons, the new themes, the new avatars (seriously when was the last time I bought a freaking avatar?), and the new soundtracks.

Do I need any of those things?

Do I compulsively look through them anyway?

I get so excited about games. About books. About movies. I have the best of intentions. I’ve always been great at collecting the things needed to have experiences, but then somehow fail to have the experiences themselves. That’s a little sad, honestly.

I’m terrible at time management. I used to be pretty good at it, and now I’m borderline useless. It’s embarrassing.

I see all these experiences just waiting to be had and I don’t start them because I’m almost unsettled by them. What if the experience is great and then I have it and then it’s over? What if it’s terrible and I waste my time (even though I don’t quite agree with the concept of wasted time)? What if it’s terrible and I keep at it far past the time when I ceased having any fun with it and then get to a point where I’m completing it in spite of myself (oh, god, Killzone Shadow Fall)?

(P.S. All the above questions are rhetorical.)

From the moment I started the game Everything, I fell in love with it. The aesthetic, the score, the dialogue, the messages. I loved it so much, I didn’t want it to end.

So I never finished it.

I never finished it so it wouldn’t end.

I think it’s time to start seeing things through and beginning things I’ve never made time for.

My childhood self would be aghast at the games my adult self has. She would be speechless. She would probably say something like, “You mean there are other games out there besides Bubble Bobble, Dr. Mario, Tetris, Super Mario Bros. 2, and Kid Icarus?! Wait, you have HOW MANY SYSTEMS?! WHAT ARE YOU DOING WITH YOUR LIFE, ADULT ME?!”

These are fair questions.

Gotta do more, gotta BE more.

Tagged as: backlog, books, dear god why do i buy so many games, game, games, good intentions, movies, pre-order, sales