A Game Whose Completion Eludes Me

Most games I play through fall into three categories: ones I power through in a short time (e.g. BioShock/s), ones where I take my time to experience everything (e.g. Far Cry/s), and ones I start and somehow never finish (e.g. Pokemon X) even though I was enjoying them.

But never have I had quite the experience I had when playing Dragon’s Crown.

I recall buying the game when it came out and thinking the art style was quite lovely. I was excited to get started. I dove in, found my footing, and built a strong team. I don’t recall dying much, as the difficulty of each encounter was middling.

So imagine my surprise when I finally got to the final boss and he kicked…my…butt.

I thought, hmmm…perhaps I went about that incorrectly. So I adjusted my character a bit, went right back in, and bam! Super dead. Again.

This time, he killed my entire party. Now that wouldn’t have been so bad, but they were permadead. I thought, okay, I will go back in solo to see if that helps.

I went online to see if there was a strategy that I was missing. Most of what I read said doing it solo was the most successful option, so I kept trying that.

I can’t honestly tell you how many times I tried to beat that boss. I mean I tried and tried.

And continued to fail.

Now prior to this, I’d never had a game encounter that I couldn’t complete. This is the blemish on my gaming experience. I’ve never managed to beat that gosh darn (super minor spoiler) dragon.

Now I am a self-depreciating person by nature. I am not one to toot my own horn, nor do I even own a horn. But I’m pretty decent at games. I like the learning curve, and I like the challenges involved. I enjoy that celebratory fist-pump skyward after a particularly challenging segment.

It didn’t make me feel better to read that others experienced similar situations. Apparently the difficulty spikes in an odd fashion for this final encounter. But it didn’t matter because I still couldn’t seal the deal.

And that was in February of last year. Last year.

I had always intended to go back to it; I mean I’d never had a boss in a game I just couldn’t beat. Yet I never did.

I had always meant to look for someone else who had the game to see if two actual people could take it down (instead of one actual person and some AI companions), but I never did that either, probably because I didn’t want to admit that I couldn’t finish this game. 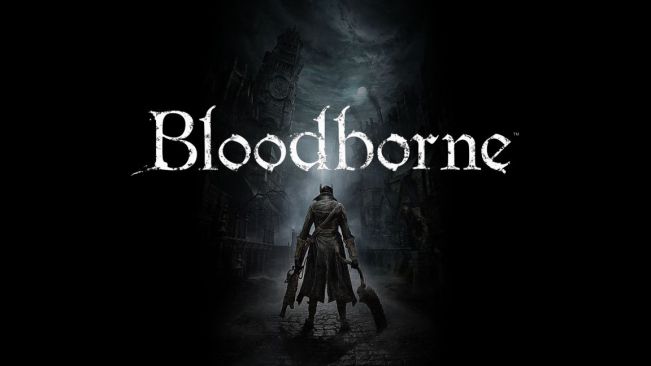 Now I hadn’t been thinking about Dragon’s Crown lately, but when Bloodborne released this week, it immediately came to mind. Bloodborne looks intensely interesting to me. I preordered it. I have it in my possession.

And I am paralyzed to start it.

As most people know, From Software’s games are brutal. I have never played a Souls game, as the difficulty level is intimidating. I am afraid I will heartily suck at it.

Especially if I can’t beat that stupid dragon in Dragon’s Crown.

And once I do, I can rush into Bloodborne knowing full well that I will die a heap of times, and come out all the stronger for it.

And if anyone out there wants to offer moral support, I wouldn’t decline it.